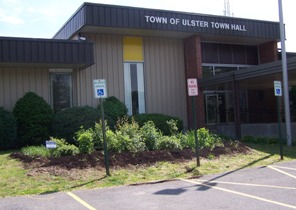 The U.S. town Ulster (Ulster County) in the state of N.Y. has reportedly shut down it’s e-mail system until what appears to be a computer virus on it is removed.

The supervisor of the town James Quigley has reported that the problem first started at September, the 19th and they believed to have resolved it outlining that “the entire town system” is affected by this virus.

The Attack Appears to Come from Mexico

Quigley has continued to report that the hack appeared to have originated from Mexico and the result was the access of multiple contact lists of the Outlook programs of several of the users in the town network. Ever since then, there have been a wave of malicious spam messages to all of the internal e-mail addresses which allegedly used social engineering tactics with the goal to obtain data from the Ulster network and then transfer this data out.

The good news however is that the town of Quigley has managed to halt any personal information theft by having set up a revelant antivirus protection, which was able to detect and eliminate the threat. But the fix was only temporary as it was reported, because of the fact that the virus continued to reinfect.

Quigley had the following to say about the reappearing of the virus:

“It was a constant reinfection, and the virus software was constantly popping up on everybody’s system … to the point where nobody could get any work done because the performance of the individual computer was degrading,”

The town hall believed that they have eliminated the threat, since their machines were re-scanned several times, using different antivirus types of programs, however the e-mails that were sent with the malicious attachments continued and someone had possibly reoppened the attachments which reactivated the attack.

At this point no exact time and date can be specified as to when the attack will be fixed, leaving the town of Quigley paralyzed.

This attack is part of series of attacks and events on American towns, the last of which as in the Alaskan town Matanuska-Susitna (Mat-Su). It was crippled by the BitPaymer ransomware, that forced the entire community to switch to typewriters in order to perform their civil duties:

Related: Back to the Past: Bitpaymer Virus Reverts Alaskan Town to Typewriters