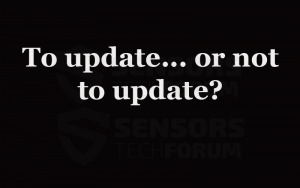 We were just wondering if some of the latest Windows patches from November 10 would cause issues. Today we ‘woke up’ to the news that one of them – KB 3097877 from MS15-115 bulletin – has brought troubles to Outlook.

A Microsoft spokesperson has told The Register that ‘we are looking into reports from some customers who are experiencing difficulties with Outlook after installing Windows KB 3097877.’ They promised to look into the issue and fix it as soon as possible.

KB 3097877 is part of security bulletin MS15-115 – a critical patch to fix bugs in OpenType fonts. The update is issued for all supported versions of Windows, except Windows 10.

The 3097877 update was supposed to deal with a flaw in Windows fonts. Instead, it has caused side effects for users that operate with Outlook on a regular basis.

What users complain about is Outlook crashing every 10 minutes or so, and even restarting itself without the users’ approval. Some unsatisfied people have even dubbed the updated Outlook version the worst so far.

What exactly happens with Outlook after installing the KB 3097877 patch?

The problem appears when the user scrolls through an email. The 2007 and 2010 versions seem to be the ones affected by the update.

People say that the problem is gone, once the patch is uninstalled.

Expectedly, people are complaining on Reddit and other social networks. The problem is most likely a cross-OS problem. As we just said, the only way to resolve it is by disabling the patch on Windows Server Update Services. The other thing to do is to take a deep breath and wait for a reissue.