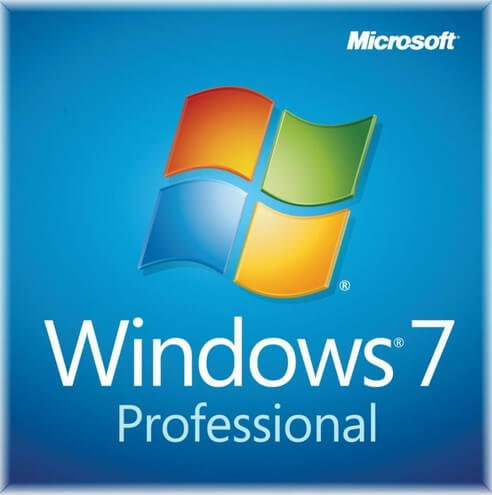 The end of support for Windows 7 Operating System was marked on January 14, 2020 and the promise has been kept by Microsoft yesterday.

Four major updates were released related to the security of Windows. One of them was a Quality Rollup, one for Windows Defender, one containing the Windows Malicious Software Removal Tool and the last pertaining to the security of the .NET framework spread across different versions for it.

Once a Windows operating system reaches its so called End of Life that system will no longer receive any other security updates. Yesterday’s Windows 7 KB4534310 patch is evidently the last update for the OS and KB4534314 is the last security-only one.

If you are wondering what will happen next with the updates and what to do to keep having an upgraded system, continue reading the article to find out.

If it didn’t show automatically, you might still be able to download the last update on Windows 7. To do so, just open the Control Panel and choose Windows Update. Select Check for updates to perform the check in case you do not see any listed on the screen.

You might need to install the patch via the Install updates button, depending on the configuration of Windows Update you are running. As always, you can download Windows 7 KB4534310 offline installer setup from the official Microsoft archive and manually update any system that needs it.

The above-mentioned monthly rollup for Windows 7 comes with security fixes only. According to the changelog, Microsoft has resolved issues with different core components of the operating system, including Windows Storage and Filesystems, Microsoft Scripting Engine, Windows Input and Composition, plus Windows Server. We have also stated in a previous article that Microsoft Security Essentials Lifecycle is Coming to an End in 2020.

What is a bit weird and people are asking how it would make sense is when you apply the patches and restart the system you will also get a fifth update relating to Windows 7’s Servicing Stack KB4536952. Some users state that it is a bug as they already have that update installed and it should not re-appear, but it has.

What Does the Future hold for Windows 7 Users?

All Windows 7 users are advised to immediately stop using their favorite operating system and migrate to a supported one. If you don’t want to install Windows 10, you should not use Windows 7 machine to connect to the internet and browse the web or address sensitive data such as payment portals and e-mails. Note that if you do, the Windows 10 upgrade is available for free from the Windows Update page, upon clicking on the “Learn More” button.

It is expected from Microsoft to push more and more warnings and pop-up messages to notify users to upgrade. 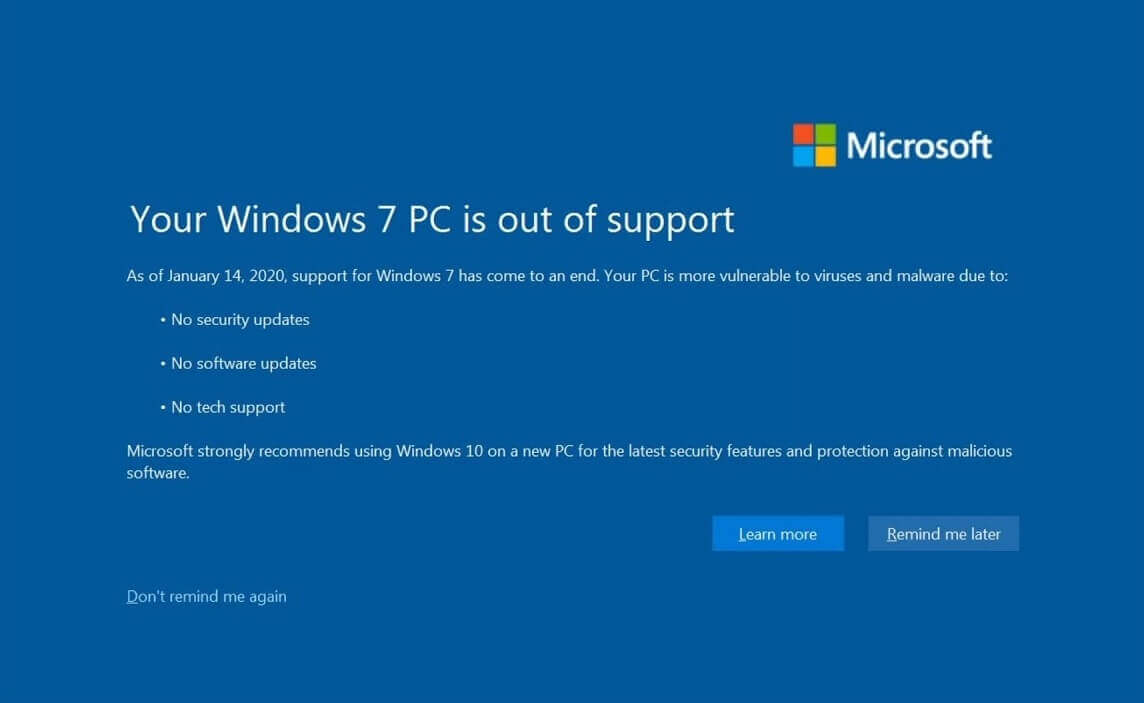 As you can see in the above picture, the full-screen notification describes the risk of using Windows 7 after January 14. The notification can easily be dismissed by users. According to Microsoft, Windows 7’s upgrade notification will show up on in most editions of Windows 7 including Home and Ultimate.

Interestingly enough, some users will continue to get updates such as the ones tied to the oPatch company and other big corporations that have pre-paid for continues support of special iterations of the Windows 7 OS.