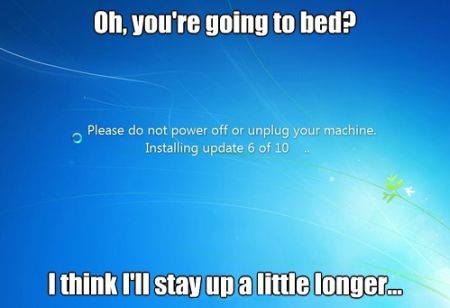 Microsoft has announced their plans on extending 5 year support of the operating system Windows 7. They have also stated that this extended support ends on the 14th of January, 2020. But after Windows 7 runs out of support, Microsoft promises to offer paid support for the ones who really want to stick to 7.

Windows 7’s Support To Be Extended Until 2023

The new form of support goes by the name ESU (Extended Security Updates) and it is very limited in time – only three years long. Microsoft has concluded that many companies who use exactly Windows 7 OS on their workstations, laptops and specific equipment. These organizations have to pay after 14th of January next year for all of the security updates that will keep coming.

In addition to this, the users who have subscribed for Windows Virtual Dekstop or WVD will get free support. The service basically offers virtual drives that work in the cloud on which Windows 7 along with all of the necessary applications is installed. These virtual machines will be updated for free all the way up to the expiration of the extended support deadline. But the bad news here is that the overall subscription for this service is not free either.

Windows Server 2008 To Have The Same Support

Reports have indicated that the situation is the same with the Windows Server and Windows Server R2 from 2008. These news follow the recently bad occurance with Windows 7 OS machines, which reportedly failed when their new update happened. Many critics feel concerned that this will bring down the security level of Windows 7, since the updates bring more problems than they solve. One example is that the local Administrators as a user group now do not have the remote access to Windows Server and Windows 7 systems, which limits the capability.

Microsoft has introduced the KB4487345, removing part of the bugs, but the update is not accessible for automatic update and has to be installed manually. All of this, because of the KB4480960 and KB4480970 updates coming for Windows 7 SP1 and Windows Server 2008 R2 Service Pack 1. These updates were the reason for the whole operating system breaking down, resulting in a lot of errors happening, including KMS Activation Error, Windows Not Genuine errors and 0xc004f200 errors. It seems as if the previous patch which was released, called KB971033 appears to be in conflict with the newer patches.

Currently, Windows 10 has 39,22% share among used Oss and Windows 7 has around 36.9% market share. MacOS has respectively ~10% and Linux users are only 2,78%. Only this year Windows 7 has been surpassed by Windows 10 from the first time, since the newer operating system has come out.