Windows XP may not be officially supported any longer (since April 2014) but this hasn’t stopped core XP users from establishing ways to keep their machines intact. 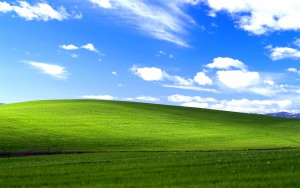 One unofficial but somehow proven method to support your WinXP is called Windows XP Unofficial Service Pack 4. The latter has just received new updates – version 3.0 and 3.1a – containing several improvements and patches. Mind that Windows XP SP 4 is neither released nor supported by Microsoft. However, many people still prefer running XP over switching to a newer version of the operating system, which is an eloquent fact that should say a lot about Microsoft’s Win10 agenda.

Both of the versions are freshly released, and both are equipped with POSReady updates, released by MS until January 2016.

What Is a POSReady Windows Version?

Because WinXP no longer gets official support, updates for the POSReady version can be installed on the freshly updated version.

Other fixes available in the release take care of many issues reported by users, plus a ton of patches for false positives warnings related to malware. Many such warnings were present in SP version 2.

Nonetheless, users running XP shouldn’t forget that even with these unofficial service packs, the operating system is still vulnerable.

The good news is that even if you decide to try, say, Windows 10, but you don’t like it, you can still roll back to a previous version. However, there’s a tricky part – you only have 30 days to do so, before Microsoft deletes all files of your previous OS. Here’s how to downgrade to Windows 7, 8 or 8.1.