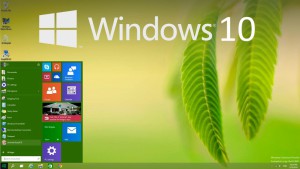 Despite all the controversies it has triggered, Windows 10 continues its evolution. Its first major update is already available. Let’s see what’s new and better in Windows 10 version 1511, also referred to as Threshold 2, Fall Update, build 10586.

Microsoft promises that the Fall Update has improved the boot time and it’s now 30% faster than Windows 7.

Cortana is now capable of keeping track of the events calendar, sending reminders, etc. Cortana is also available in Japan, Australia, Canada and India, and it’s been customized to meet the needs of each market.

Edge is also updated and, as Microsoft claims, it’s now more secure and user-friendly. A tab preview is added, and it’s also able to sync the user’s Favorites and Reading list items across devices. Cortana is also included here – to notify users about coupon offers from retailers.

Microsoft has been constantly working towards enhancing the security and avoiding damaging data breaches. Here’s how the corp will secure its customers:

What about the enterprise PC?

Windows 10 will be in favor of its professional users:

With this first major update to Windows 10, we’re empowering them to do so—with the first platform which spans all device types, enables management of both corporate owned and BYOD, and upgrades existing devices. Windows 10 is already actively running on more than 110 million devices including 12 million business PCs, and is compatible with the past while embracing our new way of working.

Other advancements have been made towards a better functionality of Skype, Mail, Phone and other media applications. Also, an activation problem has been solved, better drivers have been added. Overall, Windows 10 version 1511 appears to be much more stable in comparison to the July 29 RTM version.

However, some problem may still re-occur in terms of the updates policy. Of course, Microsoft has reassured us that things will only get better, with users getting more details about the updates. Controlling the update should also be improved.

Expectedly, Microsoft says that Threshold 2 is much better than the much favored Windows 7. Nonetheless, many users will remain skeptical and will continue to prefer Win7 over Win10.