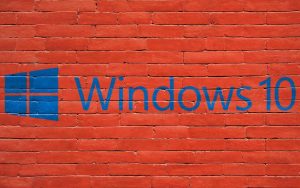 The release of Windows 10 May 2020 Update has been pushed to the end of the month, most likely due to a zero-day vulnerability.

However, security experts are worried that even when if flaw is patched in a timely manner, the build will still have issues.

The purpose of the new Windows 10 May 2020 Update is to improve existing features rather than releasing new ones. One feature that is being enhanced is the Windows Subsystem for Linux, as well as Task Manager and Settings.

It should be noted that the original intention of the company was that Build 19041.207 would be the final one. However, Microsoft says it has re-finalized the RTM candidate of Windows 10 May 2020 Update, thus making Build 19041.208 the new final build.

The most interesting part about the May 2020 Update is that there is a known issue acknowledged by Microsoft. Apparently, there is a zero-day vulnerability in the DISM (Deployment Image Servicing and Management) tool. This is what Microsoft has said about the issue:

We are aware of an issue where using the DISM (Deployment Image Servicing and Management) tool to repair corruption on systems running the May 2020 Update does not always report the correct status. This will be fixed in an upcoming servicing release.

Due to the zero-day vulnerability discovery, the feature update has been put off until the end of May. The original release date was scheduled for May 12.

It should also be noted that the company will release the Windows 10 update in a phased process. As a result, not all users will see the update after the official release on May 28.

“Please note that the May 2020 Update will only get pushed automatically to a subset of Windows Insiders in the Release Preview ring at first. Everyone else can manually go to Settings > Update & Security > Windows Update and manually check for updates and choose to install the May 2020 Update,” said Brandon LeBlanc, Senior Program Manager of Windows Insider Program.