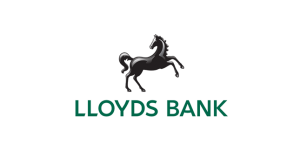 In 2016, DDoS attacks have been one of the biggest threats to organizations, and the trend is expected to continue in 2017. That being said, Lloyds Bank’s incident is the first reported case of a 3-day-long DDoS attack that crashed the bank’s website and caused intermittent outages for clients as the personal banking websites were affected.

The incident took place two weeks ago – between January 11 and January 13. The large financial organization was apparently hit by international attackers. The attackers’ location hasn’t been specified yet. The bank’s website was flooded with extreme volumes of traffic and as a result the system was overloaded. The attack also caused other issues for the bank such as getting in the way of users trying to access online banking services.

Luckily, Lloyds’ officials have reported that only a small number of their customers have been affected. Furthermore, attackers weren’t able to access the customers’ accounts. In comparison, Tesco Bank was also a victim to such an incident not too long ago and it wasn’t so lucky. As it turned out, hackers succeeded to get away with $3.1 million taken from 9,000 customers.

In 2016, researchers were able to establish that banking institutions could lose up to $100,000 per hours due to issues and costs stemming from DDoS attacks, as reported by BankInfoSecurity. Banks need to improve their security and response times so that they successfully counter DDoS attempts.

Currently, Lloyds Banking Groups is investigating the attack together with authorities to establish who the attackers were. The bad news is that in most cases law enforcement fails to uncover the culprits.