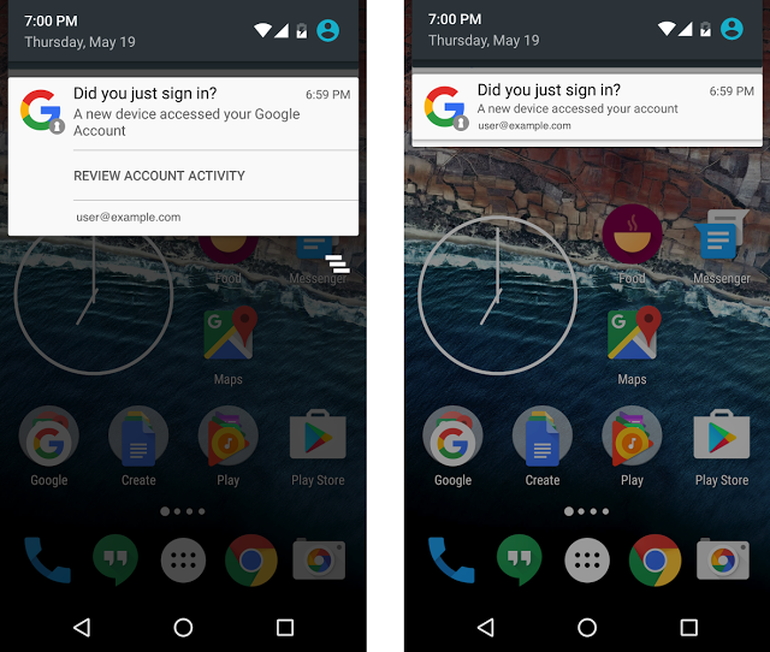 One of the latest security-inspired actions Google has put into motion is moving its security prompts to smartphone notifications. Until now the security notifications were sent via email and SMS. Additionally, Google plans to increase the amounts paid to bug hunters and researchers in return for more qualified reports.

How Will the New Android Security Prompts Work?

Instead of receiving an email from Google every time when a new device has logged to the user’s Google account, Android users will be displayed a native notification. The note will ask them whether the login attempts are theirs or someone else’s. Once users are prompted they will have to tap the notification and review the account activity. Eventually, actions will have to be taken in case the accounts need to be secured.

Related: Google Knows about You, Know about Google!

Why Is Google Moving Security Notifications from Email to Native?

One reason is that email is not the best intermediate when it comes to security. Furthermore, Google has come to the conclusion that users are more likely to review mobile system notifications rather than email notifications.

In a nutshell, users’ Android devices will be prompted whenever a new device is used to login to an account or when there’s a security issue related to an account.

In case users decide to review the account activity, they will know the new device model, the time of access, the browser users, and the device’s IP addresses.

Related: Do You Need AV Software on Android?

It’s still not known if Google will do the same with iOS. Nonetheless, the company recently introduced a new prompt for two-step verification on both iOS and Android. No one-time codes will be sent via SMS. Instead users will simply have to tap yes or know on the prompt, depending on whether it was them trying to log into the specific account.

It’s only logical that Google has decided to leave out SMS and email notifications, since they are considered a more vulnerable approach. Keep in mind that if you want to receive prompts on iOS, you will have to install the Google Search app. On Android, those prompts are dropped via Google Play Services.