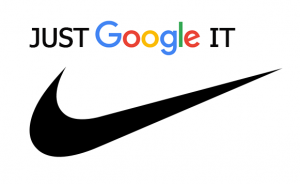 A group of attackers has compromised the Bangladesh domain of Google. Hackers coming from Pakistan succeeded to deface the search engine page and replace it with their own message.

The hackers’ group is called Team Pak Cyber Attackers. The message they posted makes fun of Google’s security systems. How did they do it? Researchers say that they did it thanks to DNS hijacking. This method has been used by other attackers who used it on other Google websites, such as the Vietnamese homepage.

Related: Google Will Punish You If You Are a Repeated Offender

In the latest hack on the Bangladesh domain, the hackers put a message that contained the Pakistan Zindabad slogan, translated to Long Live Pakistan. This is what the full message reads:

Luckly, Google has quickly restored access to its website, and everything appears to be back to normal now. The duration of the defacement, however, remains unknown.

Similar attacks were observed in 2015. Bangladesh hackers have previously targeted high-profile organizations and websites, and defacement attacks were detected last year, too. Attacked websites mainly belonged to Google and Microsoft. They were also compromised via DNS hijacking. In addition, Google and MSN domains based in the Pitcairn Islands were defaced by another group. The message they posted was similar to the message posted in the attack on the Bangladesh Google page.

It’s still not known whether attackers had another purpose besides defacing to point to the weakness of the website. Having in mind that the attack happened via DNS hijacking, no information seems to be compromised. Website defacement may not be malicious but it definitely highlights the security loopholes in companies, and harms their online authority.