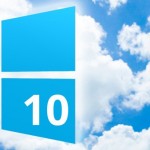 Windows 10 may be advertised as the best version of Microsoft’s operating system. However, its dubious reputation among users and professionals has flipped the coin multiple times. There may be two sides to every story, but Microsoft really needs to up their game and finally explain what the deal is with Win10.

Because of the various update debacles and built-in telemetry, some experts started referring to Windows latest as to spyware-as-a-service. Then came the unexplained change of the Fall Update which was pulled from the Media Creation Tool and pushed to Windows Update.

BitLocker, MS’s encryption tool, was recently deemed vulnerable by Synopsys researchers. Now we’re witnessing yet another controversy with BitLocker. According to reports, it has suddenly stopped working on Windows 10.

What’s up with BitLocker on Windows 10?

The tool is not working properly on Windows 10 computers. Apparently, as reported by The Register, if you try to enable the encryption utility on a self-encrypting drive with the hardware-accelerated encryption switched on, you will find yourself unable to use BitLocker. You may be doing that when you want to perform a clean install of Windows 10.

The situation described above has affected multiple users who wanted to use Win10 on their self-encrypting flash drives. One fix of the trouble is installing an older version of Windows from the beginning, then enabling BitLocker with hardware encryption, and finally upgrading to the 1511 build via Windows Update.

This is what The Register says:

We asked Microsoft to shed some light on the problem, and hopefully get an ETA for a fix for this encryption snafu. The patch KB3116908 released on Wednesday didn’t fix it. We asked Redmond twice – before and after the Thanksgiving break here in the US – for any information at all. Anything. Aptly for the trouble at hand, we were sent a statement enciphered using an algorithm and key we cannot possible fathom, rendering it roundly indecipherable.

Windows is the only platform with a customer commitment to investigate reported security issues, and proactively update impacted devices as soon as possible. We recommend customers use Windows 10 and the Microsoft Edge browser for the best protection. Our standard policy is to provide solutions via our current Update Tuesday schedule.