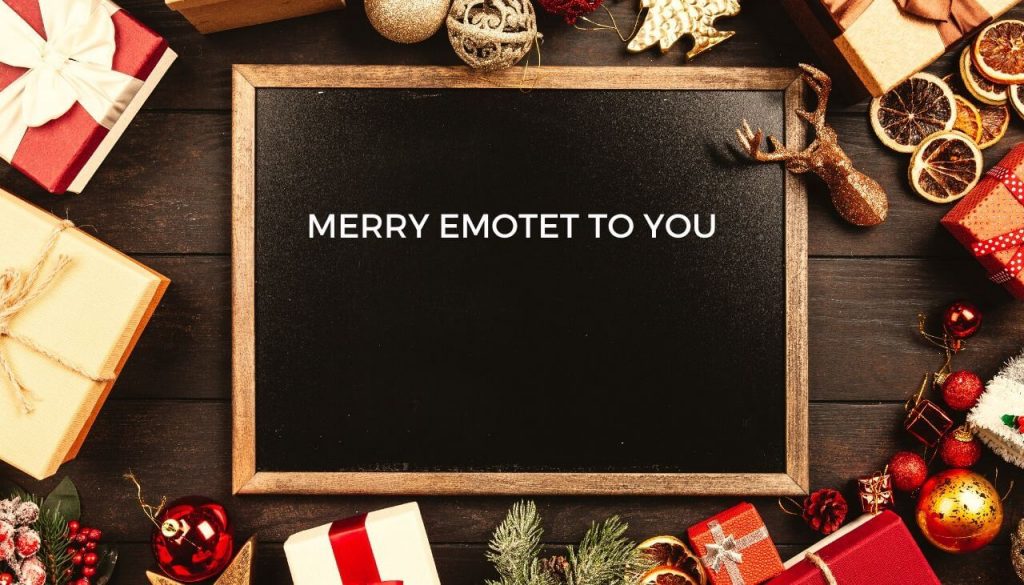 Emotet hackers are rapidly sending out phishing email messages with the intention of scamming the recipients into believing that they are receiving Christmas party menus.

In the messages there are attached files that will lead to malware infections. Various types of payloads can be delivered, however one of the most common ones are Trojans.

An unknown hacking group has been found to orchestrate a dangerous phishing campaign targeting home users. This time the criminals are using the Emotet botnet in order to lure the victims into believing that they are receiving legitimate party menus for the upcoming holidays. The emails include template contents that are designed to resemble the suitable senders. When they are opened the victims will see that there are attached files. The subject lines of the messages will be “Christmas” or “Christmas Party” as part of the scam campaign.

The contents of one of the emails reads the following message:

“I have attached the menu for the Christmas Party next week. If you would like bring something, look at the list and let me know. Don’t forget to get your donations in for the money tree. Also, wear your tackiest/ugliest Christmas sweater to the party.”

The final payloads can be different depending on the attack campaign and most of the infections are done via infected Microsoft Word documents that are attached to the documents. Note that any other of the popular document types can be used as well: presentations, spreadsheets and databases. All of them can include the same dangerous macros that is used to deliver the malware. Common malware that is delivered includes the following: