Google Chrome Will Not Support Early Intel Macs Any Longer 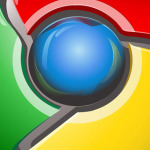 Google issues the 39 version of the Chrome browser for OS X devices, which marks a huge change from 32-bit to 64-bit support. This move will, hopefully, make the browser faster and use less memory. Over 40 vulnerabilities are being patched by this update. The problem is that older Macs are using the 38 version, which happens to be the last 32-bit version.

So, users whose Macs run older Intel hardware are going to have to find an alternative browser or face the risk of using an unpatched one.

In 2005, Apple announced the shift from PowerPC to Intel COUs. The first hardware appeared in 2006. Nevertheless, the early Intel Macs 32-bit based. 64ßbit architecture was first adopted by Apple in August 2007.

Apple switched the different computer models from 32-bit to 64-bit hardware as following:

The MacBook Air has been introduced on the market with a 64-bit processor.