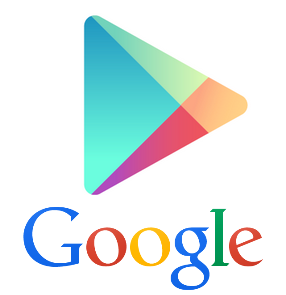 Google is about to limit the visibility or completely remove apps from Google Play Store that violate their User Data policy. The Next Web has reported that Google has been sending noticed to developers across the world stating the company’s intentions on apps that contradict to the company’s policy.

You must be transparent in how you handle user data (e.g., information provided by a user, collected about a user, and collected about a user’s use of the app or device), including by disclosing the collection, use, and sharing of the data, and you must limit use of the data to the description in the disclosure. If your app handles personal or sensitive user data, there are additional requirements described below. This policy establishes Google Play’s minimum privacy requirements; you or your app may need to comply with additional restrictions or procedures if required by an applicable law.

Developers are given the chance to either include a link to the privacy policy in their app’s store listing page or opt-out of the requirement by getting rid of any requests handling sensitive permissions or user data. This is how Google plans to deal with the countless apps that don’t follow the company’s privacy requirements.

Notices have been sent to developers globally, informing them about the upcoming changes. Many developers have failed to provide a privacy policy, and that’s the basic violation. The issue has to be resolved by March 15, 2017, or the apps’ visibility will be limited or completely removed. For this to be avoided, developers should either remove requests for user data or provide a valid privacy policy.

Here’s the message sent out by Google: 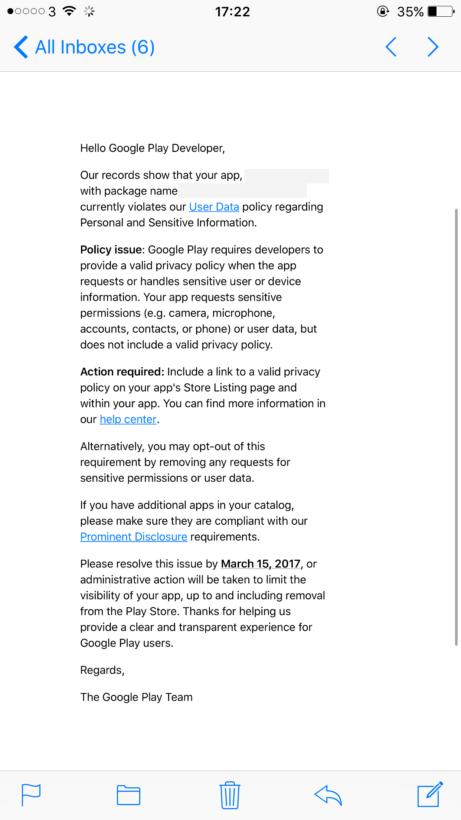 Related: Google Knows About You, Know About Google!