Hacker Gadgets 2017 – Which are The Best Devices to Buy 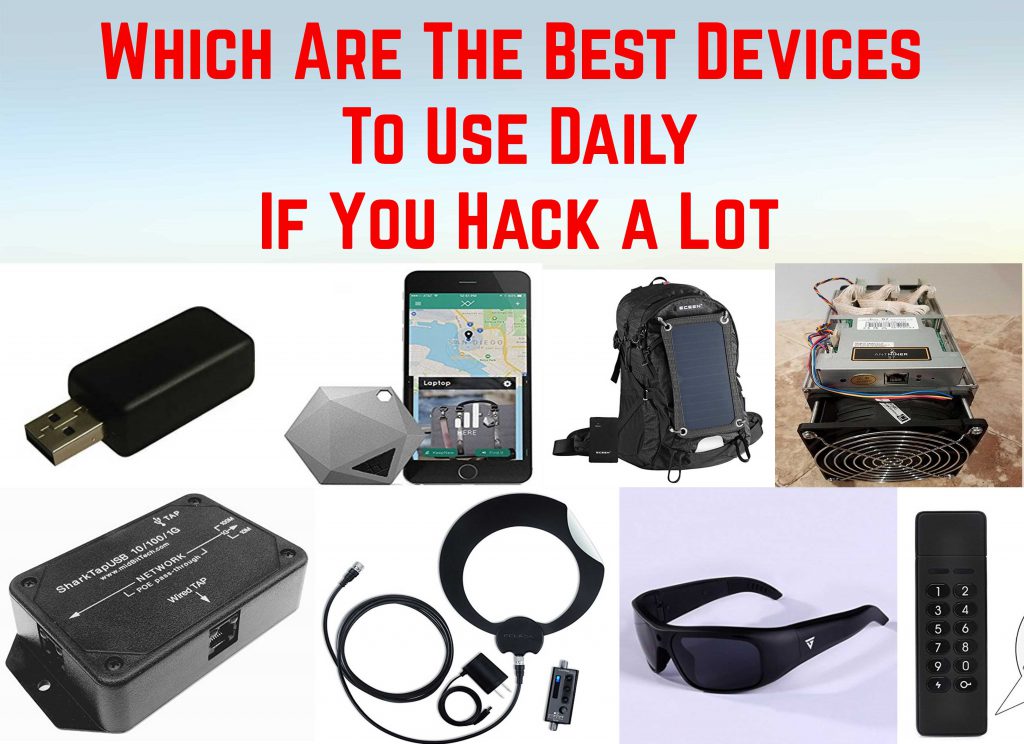 Read this article if you are looking for the best hacker devices that do not cost a ton of money and that you can use on a daily basis and turn into powerful hacking systems.

Everyone who deals with pen-testing for one or another reason is often prepared with the right software to do it. But often software is not the only thing that is needed to perform tests on certain networks. This is why most attackers carry whole kits with expensive equipment which allows them to be mobile and flexible, while remaining as effective as if they hacked a certain system from their own home. After all, 80% of the success of an experiment depends on it’s preparation. This is what drove us into suggesting several cheap gadgets and tools that are often used and suitable for different purposes by tech savvy users, whether it is to perform a drive-by attack or set up a mining operation for crypto-currencies while charging your EV. 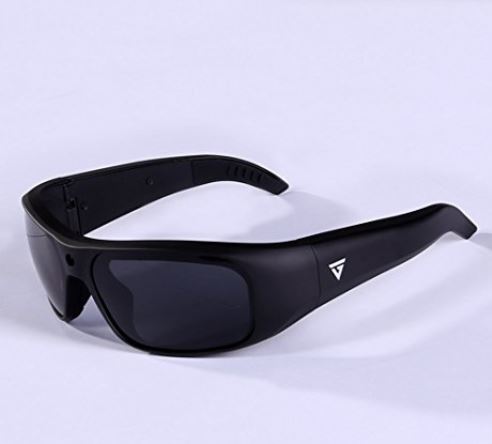 Often when conducting reconnaissance about a certain network, system or other form of security where filming is unauthorized, the GoVision Apollo 1080p HD sunglasses can be used in order to collect information by recording it on video. The sunglasses are in different colours and sporty by design and their main benefit is that they are Water resistant and contain a 30 fps 15 MP camera with image stabilizing. These features make it perfect to film information which you want to extract, such as text with passwords written somewhere or other crucial data, that can help with your experiment. And in addition to this, they also have a built-in microphone, enabling you to record high definition audio besides just video. The sunglasses also have a light indicator within them, allowing you to see if you are recording for sure. They are universal and sporty, so you will not need to worry wether or not they will fit your face, because they are also universal. 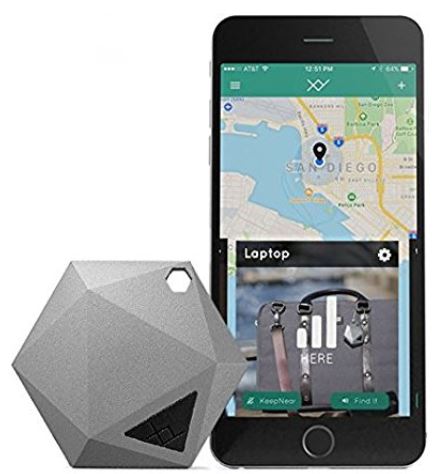 This smart device not only features it’s own personal App, but it also has no limits to range, so if you are tracking your car or another car as a part of an experiment, such devices are a must for any hacker looking to phish for information about someone’s daily routine. Since they have no restrictions towards range, they can help you learn a lot about someone’s movements or may protect your own stuff from being stolen by allowing you to see where are they exactly and take the appropriate measures. The tracker does not have any monthly fees and the only thing you need is a SIM card that is inserted within the deivce itself and it is important for the SIM card to have unlimited data. The device is ccompact and features various possibilities to be attached to your keys, a car, belt, etc – basically if you have tracking demands, this is the device to go with, but you have to be willing to invest in it, because the tracker is rather pricey. 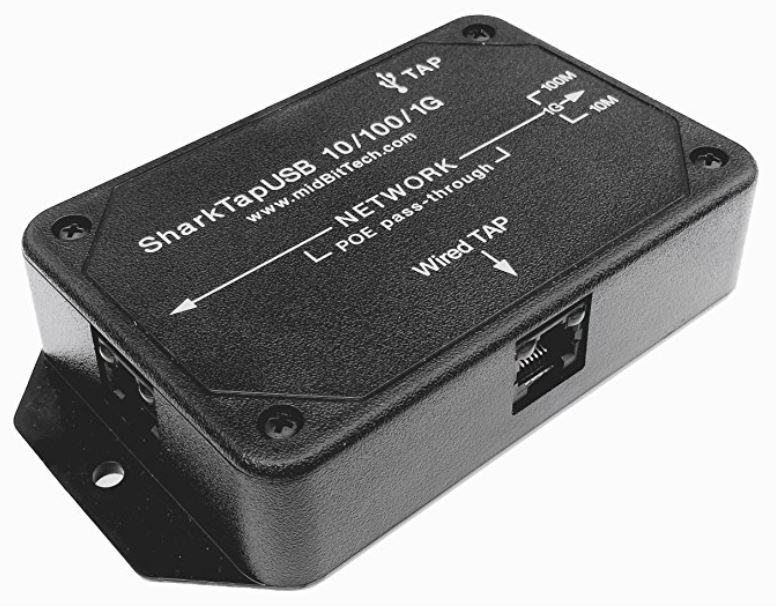 This rather pricey device is expencive for a good purpose – it makes it possible to sniff a given network by simply being connected to an end device, like a laptop that is connected t the network. The device works very well with Wireshark and it has advanced POE and other protocols enable that can help you to sniff an Ethernet link without even being connected to an Ethernet port. This is perfect if you have a compatible device that does not support Ethernet connection, like ultra-portable devices. But it can also help you if you want to switch between ports on network if you are performing debugging procedures. 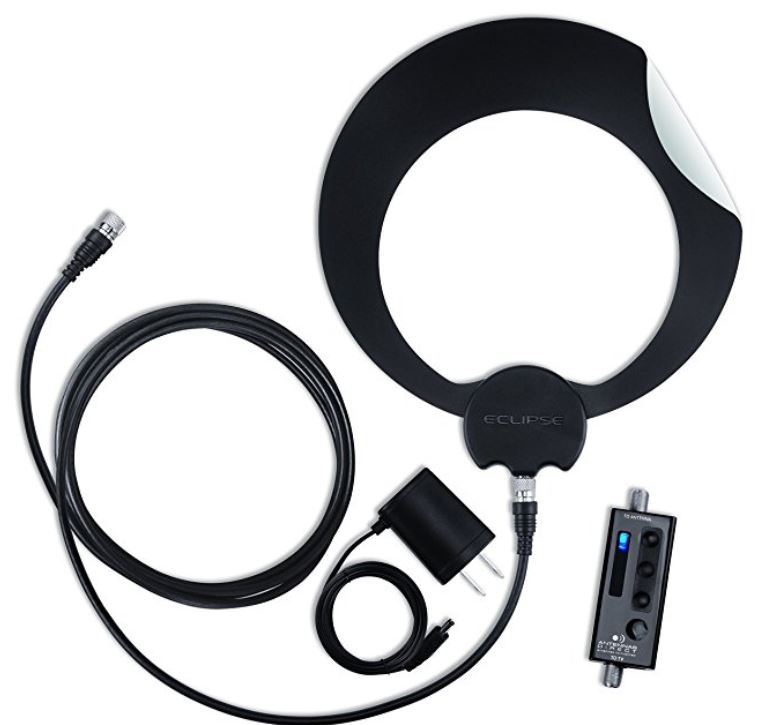 There is a rather old technique used by attackers to perform a so-called Wardriving. Well, this device takes Wardriving attacks to a whole new level, because with the right software to hack it, it can be turned into a powerful 50 – mile brute forcer for Wi-Fi networks, as long as you have the collect crackers and WPA exploits. It’s 50 mile range also provides you with an extremely big possibility to not only look for the networks detected, but to also pinpoint them on a map, based on their signal strength. A useful hacker gadget indeed. 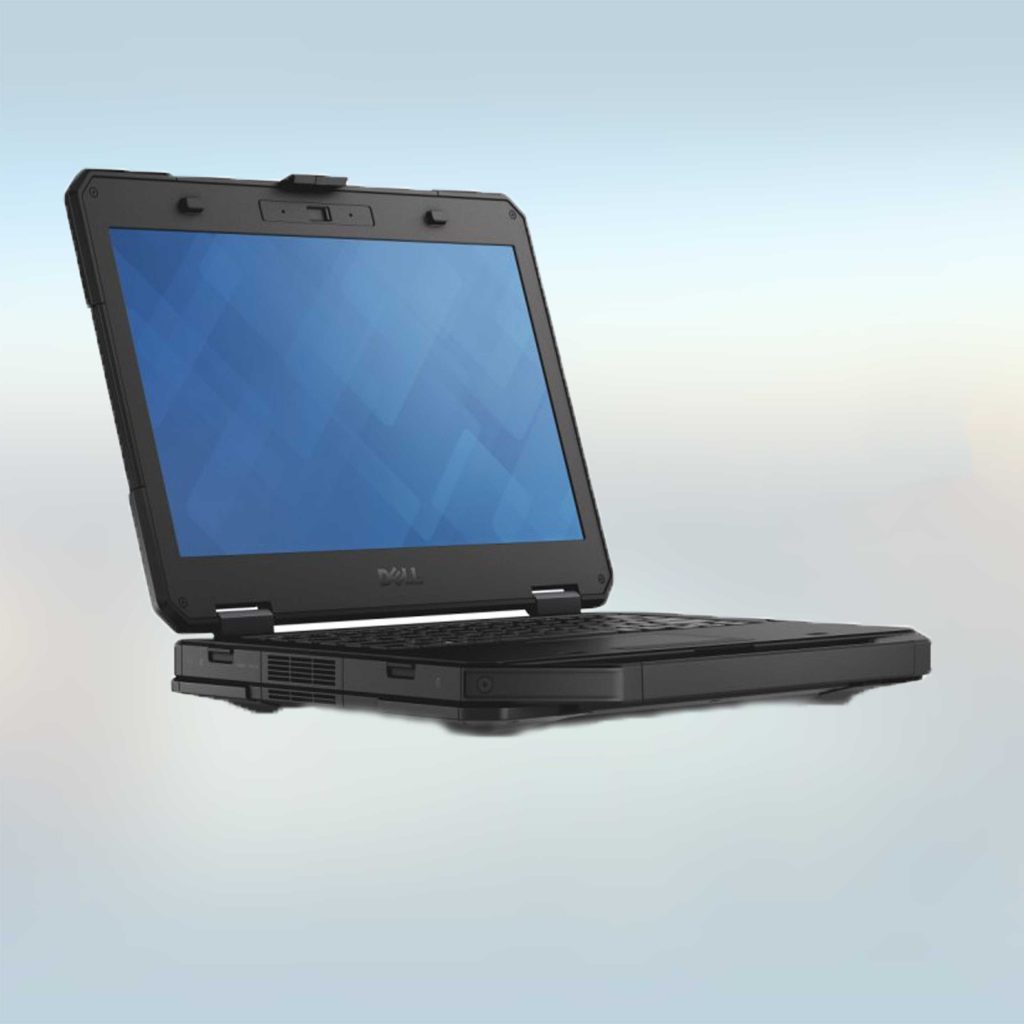 A must have for everyone who is dealing with cyber-security on a proffesional level is a rugged notebook, especially if you are a travelling person. Such latpops are not only made to be secure by designed, but can also take quite a beating. Specifics for rugged notebooks is that theyhave parts on them that are easily removable. These parts make it possible to quickly plug out the drive from your laptop and place it wherever you want to or destroy it physically. Since there are many notebooks with different capabilities we have created a Top 10 article which explains each of the best notebooks/laptops to use for cyber-security with detailed information about them. You can find it on the related web link below:

Related: Which are The Most Secure Laptops (Notebooks) in 2017? 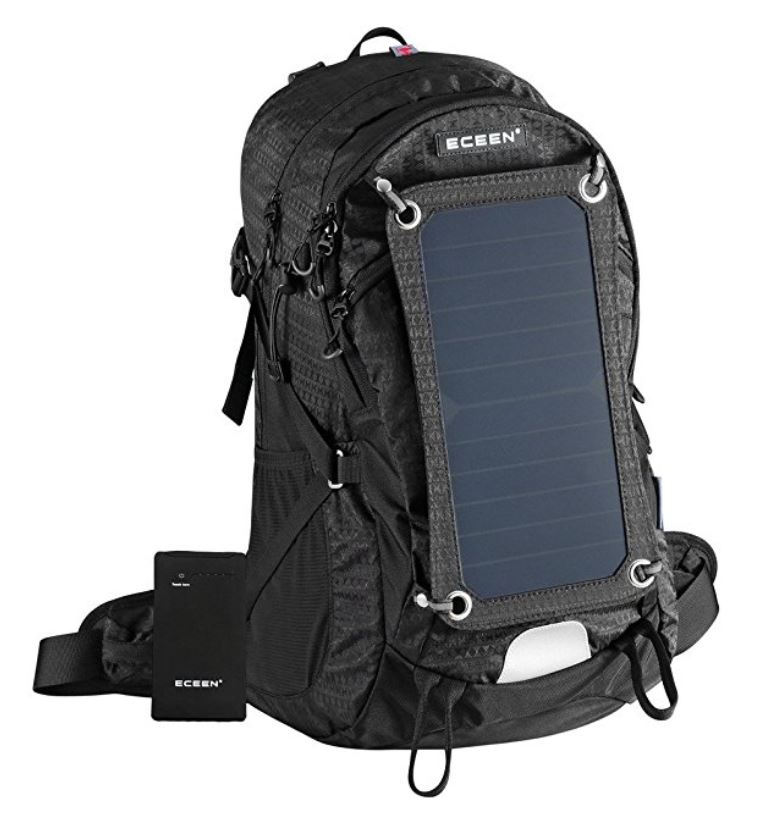 Such backpack aims to help your electronic devices stay usable while you are on the move. It’s is our primary choice, not just because it has a 10000mAh portable battery in it that can charge your mobile devices, but it also has a solar panel, which can also provide charging, making it ideal if you are away on a spot without a lot of possibility to use a charger. In addition to this the backpack is aslo modular, meaning that you can add and remove different aspects of it, like frames and suspension conforms as well as modify it to fit you more comfortably. And it is also good during warmer weather as well, since it has breathable fabric cover straps, that do not make you sweat as much in comparison to what a normal backpack would do. Furthermore, the backpack also has a straw which can be attacked to a liquid, like water, etc. enabling you to drink various liquids on the go. In addition to this, it also features an overcoat that can protect it against 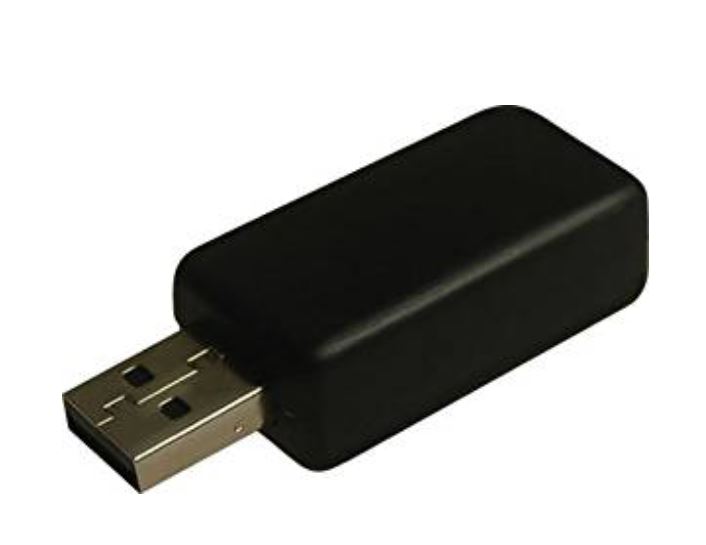 On first glance, this device appears like an ordinary flash drive, but there is nothing like it when you understand that it’s actual purpose is to log each keystroke that is typed on the computer this device is plugged to. It can store over 2000 pages of logged keys and it also has a compatibility with all Windows versions as well as Linux distributions. It can record all keys and it doesn’t matter what is the keyboard’s layout. The device also does not require any drivers to run – simply plug it in and you are all set. The perfect hacking gadget if you want to physically steal someone’s passwords or just see who they are texting with. 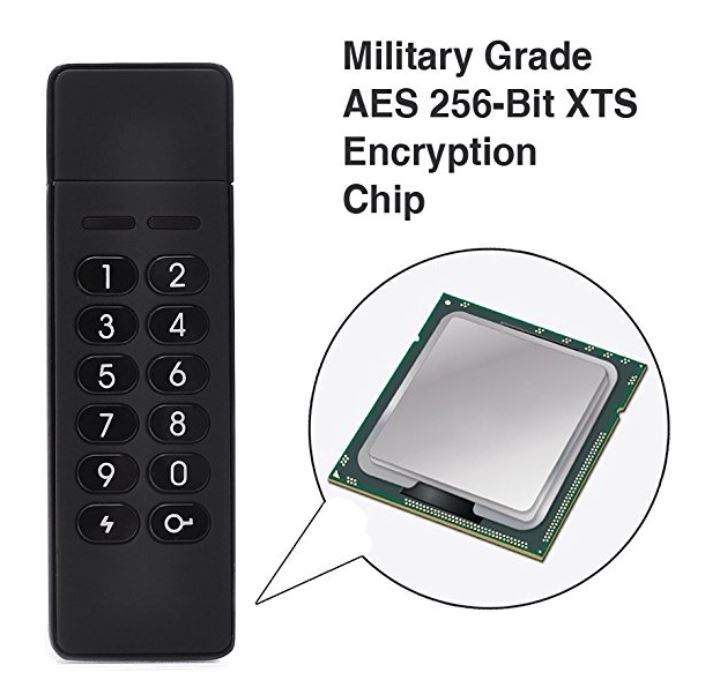 A military grade AES-256 encryption has been used to secure your files if you copy them on this flash drive – a security tool which can be used for various different purposes, but primarily for securing important files. The device has keypad for it’s passwords instead of the mostly used fingerprint scanner nowadays, which is completely sufficient to lock it and make it inaccessible using an encryption strong enough that it may take years to break even by a very powerful supercomputer. And the device is also user-friendly and easy to set-up plus water and dustproof. It can also survive hard drops and is not very large in size. Really all that you need to secure files that you do not want anyone tampering with at all cost. 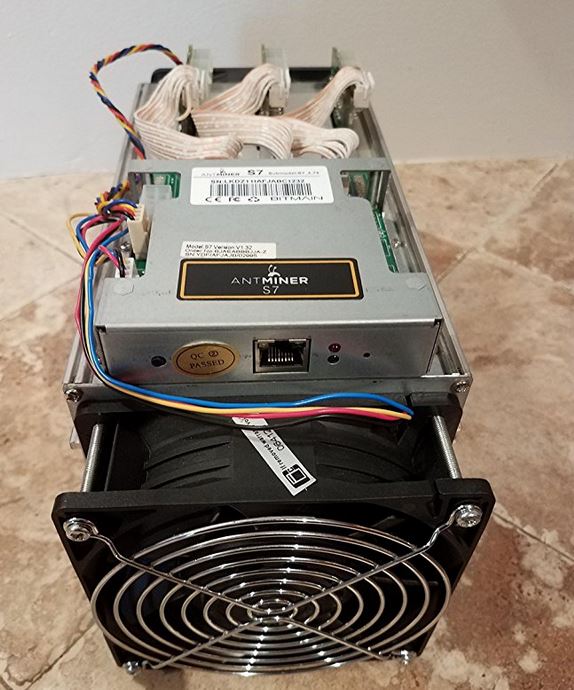 A device that is used by many hackers who are oriented towards generating revenue by mining for cryptocurrencies, this S7 BitCoin miner features a 1293W power consumption and a 4.73 TH mining capability, meaning that it can mine you well over $350 dollars a month at an electicity cost of less than $0.10 per KW/h. And considering the fact that there are also other more profitable cryptocurrenies to mine as well as other Antminer miners, created specifically for those cryptos and they can yield much more money by mining them instead, it is all up to you. But mining hardware definitely remains one of our top 10 picks for gadgets used by hackers nowadays.