KB 3124200 is the latest cumulative update for Windows 10 Version 1511. Here is its official description:

Not surprisingly, the description of the patch is quite scarce, not giving insight on what functionalities it aims to improve. However, this fact never stopped both experienced users and researchers from digging deeper. 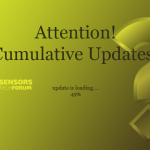 Reports indicate that the KB 3124200 patch may have served to fix a bug that caused WLAN AutoConfig service to crash and harm Wi-Fi services. According to users who have posted on Microsoft Answers, the issue was caused by the 5th cumulative update known as KB 3116908 and released on December 3.

If Win10 v1511 users have experienced issues with their wireless connections, and suddenly these issues are now gone, this could mean that KB 3124200 silently corrected the wrongs.

Well, for now we are only left with assumptions, since Microsoft has said nothing on the matter.