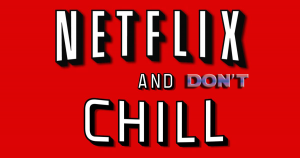 Are you a fan of Netflix? If so, be extra cautious since Netflix has drawn the attention of malware actors. According to researchers at Symantec, Netflix users are currently being targeted by a new malicious campaign.

As pointed out by Symantec’s researchers, Netflix’s popularity has increased a lot since 1997 when the company was launched. Netflix is now available in over 190 countries around the globe.

Because of its popularity, Netflix is now targeted by malicious attackers who have created phishing campaigns, aimed at users’ information. The information harvested during the campaign is then added to a growing black market allegedly providing cheaper access to Netflix services.

In other words, the malware campaign is representing itself as a cheaper mean to access and watch movies on Netflix.

One way employed by attackers involves malicious files masqueraded as Netflix software. The malicious files are downloaders that, upon execution, open a Netflix-themed home page and silently download Infostealer.Banload.

Infostealer.Banload is classified as a Trojan horse. Once installed on a victim’s system, it opens a back door and harvests information. In addition, the Trojan may also download other malicious files.

Symantec warns that the primary victims of Infostealer.Banload are located in Brazil. However, there is no telling where the Trojan will be ‘released’ next.

Even though such Trojans are usually distributed via spam emails, the Netflix operation is most likely triggered by users who have been lured by fake ads and offers suggesting cheaper access to Netflix services.

Researchers also raise the flag about Netflix-themed phishing scams, the most recent of which was registered on January 21. The phishing campaign was employed against Netflix users in Denmark.

Get to Know Phishing

During this particular campaign, users were asked to navigate to a fake Netflix website to confirm their identity in order to fix a problem with a payment. Two outcomes of the phishing campaigns are a) losing Netflix credentials and b) losing personal data such as credit card details.

To stay against any fraudulent attempts exploiting Netflix, users should not use any suspicious Netflix membership services, which have nothing to do with the actual Netflix. Instead, if tricked by such attempts, users will be provided access to hacked Netflix accounts that may sponsor criminals for future operations.