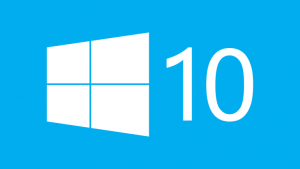 Microsoft keeps on changing things and making them a little bit harder for non-tech-savvy users with every day. In fact, the limits of your knowledge (or reason, for the matter) may not be nearly enough to get on the horse of recent Microsoft operations. We’re getting to the point where the mention of Windows 7 and Windows 8.1 will be pointless… Because there may be no Windows machine left to run them!

Sounds conspirative? If you’re following closely what the guys at the Headquarters are doing, you may have gotten an idea of what their plans are. One way to explain the Windows 10 nagware and the persistent efforts to force the OS on as many devices as possible is probably the worst one. Core data collection and spying on every single one of us.

Even Microsoft’s Corporate Vice President Joe Belfiore cannot deny it any longer. He just recently explained that Win10 is constantly and persistently tracking how it operates on your machine and how you operate with it.

Additionally, he confirmed that core data collection cannot be either stopped or prevented:

→’In the cases where we’ve not provided options, we feel that those things have to do with the health of the system. In the case of knowing that our system that we’ve created is crashing, or is having serious performance problems, we view that as so helpful to the ecosystem and so not an issue of personal privacy, that today we collect that data so that we make that experience better for everyone.’

What he said may sound like something a politician says when trying to justify his party’s actions… And as a matter of fact, this is policy. Microsoft’s policy. A policy that they continuously denied until they got to the point where there’s no point of denying anything.

‘We’re going to continue to listen to what the broad public says about these decisions, and ultimately our goal is to balance the right thing happening for the most people – really, for everyone – with complexity that comes with putting in a whole lot of control.’

But is Microsoft Really Treating All Consumers Equally?

Terry Myerson already confirmed that Windows 10 Enterprise users will be able to turn off the OS’s tracking components. There’s more! Such users will also be granted with the opportunity to permanently disable automatic updates, typically forced upon users. Obviously, Microsoft’s love towards the home users isn’t as hot. Oh the conspiracies!

If you’re still not convinced that Windows 10 is not what it’s advertised to be, Gordon Kelly may just do the job:

‘By default Windows 10 Home is allowed to control your bandwidth usage, install any software it wants whenever it wants (without providing detailed information on what these updates do), display ads in the Start Menu (currently it has been limited to app advertisements), send your hardware details and any changes you make to Microsoft and even log your browser history and keystrokes which the Windows End User License Agreement (EULA) states you allow Microsoft to use for analysis.’