Windows 10 has been around for several months now, but there are many users who still prefer running Windows 7 and 8.1. However, Microsoft may have just found what to do to increase the number of PCs running its latest version. 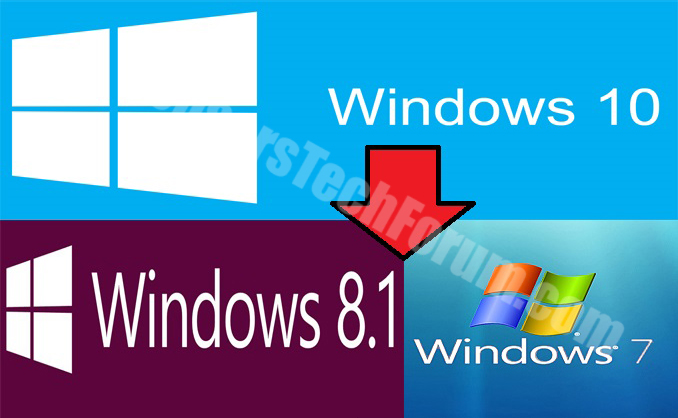 Security researchers at Ars Technica were the first to report that Microsoft had recently ‘made a mistake’ by checking an optional upgrade to Windows 10 as ‘default’, instead of ‘optional’. To do so, a registry change may have occurred.

This is what researcher Woody Leonhard from InfoWorld believes may have happened:

→On some PCs, KB 3083710 and KB 3083711 were changed on Tuesday (Oct 13), with their status going from optional-and-unchecked to important-and-checked. That may account for the registry change on Wednesday (Windows Update changes to the registry only “take” upon restart).

Here is the explanation given by Microsoft:

→As part of our effort to bring Windows 10 to existing genuine Windows 7 and Windows 8.1 customers, the Windows 10 upgrade may appear as an optional update in the Windows Update (WU) control panel. This is an intuitive and trusted place people go to find Recommended and Optional updates to Windows. In the recent Windows update, this option was checked as default; this was a mistake and we are removing the check.

The update was applied to install a new Group Policy object that enables users to block upgrades to the latest version of Windows through Windows Update. The update replaced 3044374 which enabled users to upgrade their computers from Windows 8.1 to a Windows 10.

More Windows Updates to Look Out for:

Also, make sure to get to know the most frequent Windows 10 errors.

Let’s evaluate the forced upgrade to Win10 situation: For Win7 and Win8.1 users who have Automatic Update turned on, the check mark shows that Windows should start the Windows 10 upgrade. As a result of the forced updates, a sizeable operating system installer will be downloaded to the user’s machine. There were even some cases of the installer starting up directly, without asking permission or giving any indication. The force-downloading is estimated at 5GB of pre-installation files onto the system.

The misfortunate happening is just another proof of how important it is to read everything that is promoted to you – be it a legitimate OS update or the Privacy Policy of a third party software product.

The cumulative updates described above (KB 3083710 and KB 3083711), forcing the upgrade to Win10, are not to be taken lightly. Many Win7 and Win8.1 users have complained being forced to switch to Win10 without being notified in any way, or without wanting the upgrade in the first place. Even though the corporation has now fixed their mistake by reversing the checkbox, many questions still remain unanswered.

How to get rid of the Windows 10 nagware?

Woody Leonhard has illustrated a way to deal with the annoying Windows 10 message, if it is still persistent in the attempt to make you install Windows latest:

→To get rid of the “Upgrade to Windows 10” message, run GWX Control Panel, click the box to “Disable Get Windows 10 App,” then “Disable Operating System Upgrades in Windows Update.” The former option deletes and hides a cornucopia of Windows updates responsible for the festering mess. The latter option sets the registry key listed in KB 3080351 — you don’t have to manually change the registry, and it works whether or not you have the Group Policy Editor.