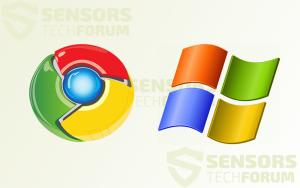 Windows XP may not be officially supported by Microsoft any longer, but about 250 million users still prefer it over newer Windows versions. At least these were the numbers by Net Applications and StatCounter for March 2015.

We will see how things will change (towards Windows 10) as Google has officially announced that the support for Chrome on XP and Vista will come to an end in April 2016. Support will also be ceased fоr OS X 10.6 Snow Leopard, 10.7 Lion and 10.8 Mountain Lion.

The reason Google gave for the support ending is quite obvious – pushing users towards switching to operating systems that are updated and safe.

Marc Pawliger, Chrome director of engineering at said that the browser will continue functioning but will not receive either updates or security fixes. The lack of support will make users still running the operating systems listed above quite vulnerable to malicious attacks.

In April 2016 it will be 2 years since Microsoft withdrew the support for XP. Mainstream support for Vista saw its end in 2012. However, there’s still extended support for the latter which will cease in April 2017.

Users who continue to run XP will have to choose between Mozilla Firefox and Opera. Recent statistics have revealed that XP’s current market share is about 12%, which is more than the 8% share of Windows 10. We will how things will go with Windows latest. We already wrote about Microsoft’s big plans to push the OS to 1 billion devices within the next couple of years.

More to Read: Which is the Safest Browser for 2015?