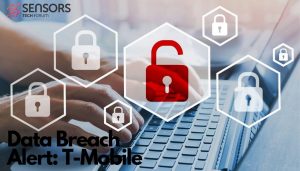 T-Mobile has suffered a data breach. According to a company’s spokesperson, 0.2%, or approximately 200,000 of T-Mobile’s mobile customers were affected by an incident where phone numbers, number of lines subscribed to, and some call-related information may have been accessed.

T-Mobile has apologized for the inconvenience the data breach incident could have caused their customers. The company has also said it takes the security of customer information seriously, and “will continue to work to further enhance security so we can mitigate this type of activity.”

In 2018, the company was involved in a significant data breach affecting the personal information of 2 million of its customers. The affected personal information consisted of name, billing zip code, phone number, email address, account number, and account type. Later, it became known that encrypted passwords were was included in the data that was hacked. However, in the original announcement T-Mobile initially said that no passwords were harvested.