38% Of Android VPN Apps Use Malware to Track You 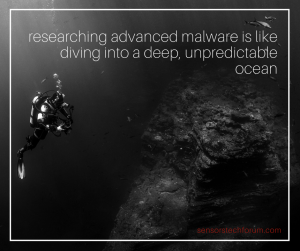 VPN is surely a great service. It allows users to tunnel their way through a safe network and remain private and secure while browsing online. This makes VPN the reason for many developers to focus on creating applications that offer VPN services. However, there are some unethical developers that take advantage of the permissions requested by those applications, which are usually related to the network usage of the device.

What Happens If the App Has Malware

After an analysis conducted at the University of South Wales and UC Berkley which involved the research of over 200 apps for VPN services in the Play Store, conclusions were made that almost a quarter of the apps were tracking users via malicious practices and software. But this is not all, some of those apps, approximately 20% of them were not able to encrypt the traffic and hide the data of the user, like crucial login name and password details.

The news that broke out about this research can conclude that while many users install VPN software for privacy and security, a great number of such applications perform exactly the opposite activities.

During the investigation of the researchers from those universities alongside with Australia’s Commonwealth Scientific and Industrial Research Organization, tools were download which gave the ability to reverse engineer the application modules (.APK format) which were used by those programs. This revealed the manifest files and crucial information, such as the permissions requested and other data. This resulted in researchers being able to create a list of the dangerous applications who collect information, of which top 10 at the time were:

Some of those applications were reported to cease existing after the research was conducted. In addition to this, users have also become more aware of this, creating multiple reports and complaints regarding the application.

How to Protect Yourself from Abusive and Malicious Android Apps

In order to protect yourself from such apps, you need to make sure that you have your privacy protected. Check out the steps below to see how you can do that.