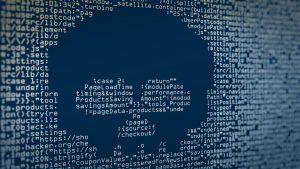 A new cybersecurity analysis indicates that the number of malware infections has increased significantly for the last month.

According to data compiled by researchers at AtlasVPN and Kaspersky’s real-time cyberthreat map, there have been more than 10 million malware infections per day in April 2020 alone. More than 64% of the investigated malicious attacks were against educational institutions.

To be more precise, the number of malware infections was in truth rising and falling, with from 10 million to 16 million cases per day.

From April 5 onwards, the number of local malware infections started going up, raching over 13.5 million of registered cases on April 7, the researchers said. Then, the number slightly decreased the next day but went up to 14 million on April 9. From this day, the infections decreased steadily, but jumped to around 15 million during the next few days.

The peak of the infections was registered on April 16, when 16 million cases were detected worldwide.

Kaspersky numbers show that the most attacked region in April was the Central Asia region where most local attacks were registered. However, it should be noted that the actual numbers of all attacks could be much bigger as these statistics are related to machines running Kaspersky antivirus software.

What about Europe? Apparently, Belarus and Russia suffered the highest number of infections, with 22.07% of devices in Belarus exposed to malware, and 21.82% in Russia.

One of the most important discoveries in this threat report was related to phishing and malware attacks against Windows 7 machines. The researchers registered a 640% growth in phishing attempts, followed by a 125% increase in malware specifically targeting Windows 7.