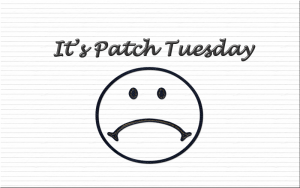 Patch Tuesday for March 2016 is already a fact. Microsoft has just released 13 security bulletins, aimed at a total of 44 vulnerabilities. 5 of the updates are critical and are addressing remote code execution issues in Windows (such as Windows Media Player and Windows PDF library), Internet Explorer and Microsoft Edge.

Even though Microsoft says that none of the vulnerabilities have been exploited, patching is as crucial as always. Also, Windows users should not forget that after the updates installation, reboot of the system is required in most of the cases.

Here is a list of the software that has been patched (via SecureList):

As visible, Microsoft is addressing a dll sideloading vulnerability, which has been a problem for Microsoft for a long time. As pointed out by SecureList researchers, Microsoft has been patching dll pre/side-load issues since Win2k SP4. The current problem seems like a pathological case, requiring the use of Microsoft Mail, and a malicious OLE document to be opened for editing on a victim’s system.

Here Is the Full List of March 09, 2016 Security Bulletins

A Closer Look at KB 3142019, the Cumulative Security Update for Microsoft Edge

One update that needs to be installed as soon as possible is MS16-024, or KB 3142019, because 10 of 11 vulnerabilities discovered in it are critical. As we already wrote, the update addresses remote code execution. Such flaws can be exploited when an attacker loads a compromised website in Edge.

What does this mean? If the update hasn’t been installed, users that click on unknown and suspicious links are at risk. In Microsoft’s words, this means that:

Many security researchers believe that most of the vulnerabilities in March 2016 Patch Tuesday will be exploited in the wild.