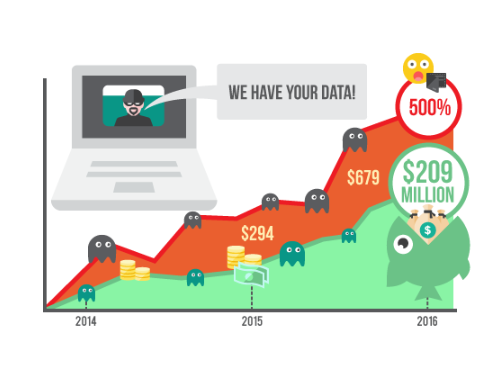 Have you heard of RansomFree? It is a free anti-ransomware protection program developed by Cybereason that runs on Windows 7, 8, and 10, Windows 2010 R2, Windows 2008 R2, and is suitable for both business and home users. During the RSA Conference 2017 held in San Francisco it was announced that the latest version of RansomFree has been launched – RansomFree 2.2.3.

The updated program is now able to stop more than 99% of the ransomware variants out there. Over 100,000 installations have taken place since the launch of the anti-ransomware software in December, 2016.

As already mentioned, the tool is advertised as appropriate for both home and business users. Its functionalities are based on behavioral analytics and proprietary deception techniques. This is how typical ransomware behavior is targeted and blocked. Once RansomFree detects the threat trying to encrypt the user’s files, it immediately blocks the process. The program is also able to stop ransomware from attacking network shared drives.

RansomFree’s popularity has us maintaining an aggressive updated schedule. The response to our product has been overwhelmingly positive and we are excited about sharing a free product globally that is helping to stamp out this epidemic. Our goal is to rid the world of ransomware and we will track known and unknown ransomware and will keep delivering game-changing, lightweight, non-intrusive technology to help consumers and small business owners, those most susceptible to cyberattacks.

What Has Been Improved in RansomFree 2.2.3?

As explained by its developers, this is a resume of the improvements implemented in RansomFree 2.2.3: