We have seen multiple Trojans targeting PoS (Point-of-Sale) terminals. Some of them are quite sophisticated and unexpected, while others share similar features and attack tactics. Researchers at Dr Web have recently discovered a new Trojan of the PoS family that is a modification of another, previously known malware. Even though the malware shares characteristics with previous threats, it is still defined as refined and quite severe. The ‘new’ Trojan is dubbed Trojan.MWZLesson. In this article, we are going to describe its attack methods.

Once the Trojan is executed, it will modify the registry branch that controls the autorun. Trojan.MWZLesson is also designed to check the RAM of the compromised device for credit and debit card data. All collected information is sent to a Command & Control server. The Trojan is quite similar to another threat of the same kind – Trojan.PWS.Dexter.

It is designed to intercept GET and POST requests sent from the compromised system’s browsers (Mozilla Firefox, Google Chrome, Internet Explorer). The requests are then navigated to the C&C server.

The malicious software is then capable of executing the following commands, as reported by the research team at Dr Web :

The Trojan interacts with the server via an HTTP protocol. However, the packages initiated by the malware are not encrypted, and packages that don’t have a specified cookie parameter will be ignored by the server.

Researchers at Dr Web have referred to the PoS Trojan as a ‘crippled version of the BackDoor.Neutrino.50 version. Its code was used partially. This version of the Neutrino family is described as a multicomponent backdoor that is created to exploit the CVE-2012-0158 vulnerability.

BKDR_KASIDET.FD also known as Backdoor.Neutrino is a Backdoor Trojan that penetrates a system and steals valuable information.

How Can I Protect My Banking Information?

Unfortunately, one can never be sure when and how cyber criminals will initiate an attack against banking systems. What one can do, however, is make sure that his/her computer system and browser are protected against malicious attacks. First, users should improve the security settings of their browsers. Then, a strong anti-malware program should be sustained continuously on the system. Additionally, an external Firewall can also be used, in combination with the Windows firewall.

How to Remove Trojan.MWZLesson from Windows.

Step 1: Boot Your PC In Safe Mode to isolate and remove Trojan.MWZLesson

OFFER
Manual Removal Usually Takes Time and You Risk Damaging Your Files If Not Careful!
We Recommend To Scan Your PC with SpyHunter
Keep in mind, that SpyHunter’s scanner is only for malware detection. If SpyHunter detects malware on your PC, you will need to purchase SpyHunter's malware removal tool to remove the malware threats. Read our SpyHunter 5 review. Click on the corresponding links to check SpyHunter's EULA, Privacy Policy and Threat Assessment Criteria
1. Hold Windows key() + R 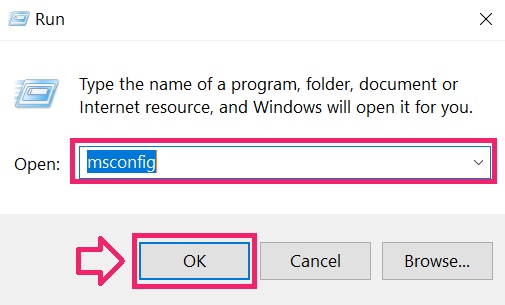 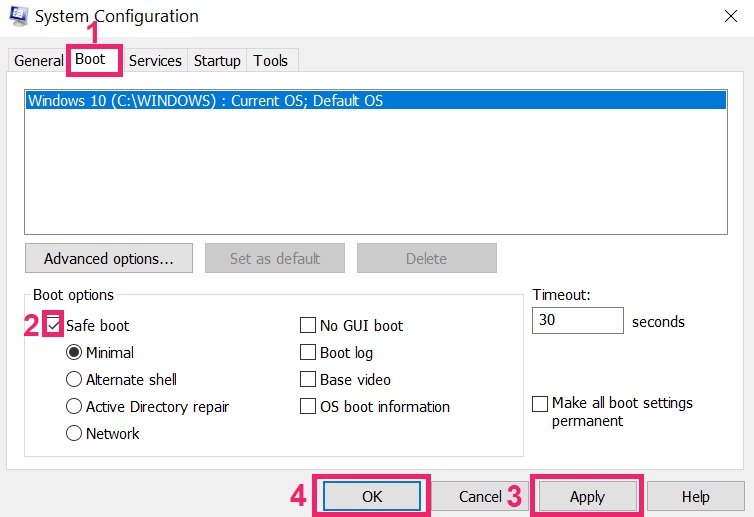 Tip: Make sure to reverse those changes by unticking Safe Boot after that, because your system will always boot in Safe Boot from now on.
4. When prompted, click on "Restart" to go into Safe Mode.

5. You can recognise Safe Mode by the words written on the corners of your screen.

Here is a method in few easy steps that should be able to uninstall most programs. No matter if you are using Windows 10, 8, 7, Vista or XP, those steps will get the job done. Dragging the program or its folder to the recycle bin can be a very bad decision. If you do that, bits and pieces of the program are left behind, and that can lead to unstable work of your PC, errors with the file type associations and other unpleasant activities. The proper way to get a program off your computer is to Uninstall it. To do that:

1. Hold the Windows Logo Button and "R" on your keyboard. A Pop-up window will appear.

2. In the field type in "appwiz.cpl" and press ENTER. 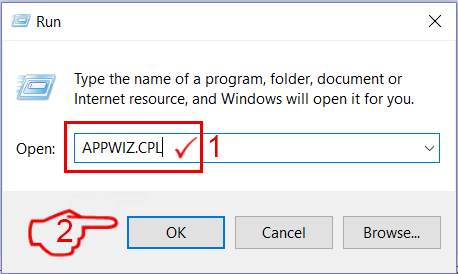 3. This will open a window with all the programs installed on the PC. Select the program that you want to remove, and press "Uninstall" 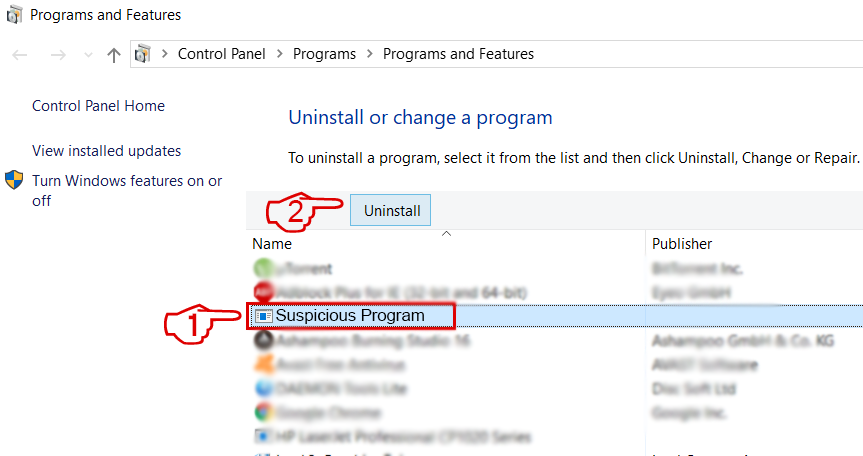 Follow the instructions above and you will successfully uninstall most programs.

Step 3: Clean any registries, created by Trojan.MWZLesson on your computer.

The usually targeted registries of Windows machines are the following:

You can access them by opening the Windows registry editor and deleting any values, created by Trojan.MWZLesson there. This can happen by following the steps underneath: 2. When you open it, you can freely navigate to the Run and RunOnce keys, whose locations are shown above.

3. You can remove the value of the virus by right-clicking on it and removing it.

Tip: To find a virus-created value, you can right-click on it and click "Modify" to see which file it is set to run. If this is the virus file location, remove the value.
IMPORTANT!
Before starting "Step 4", please boot back into Normal mode, in case you are currently in Safe Mode.
This will enable you to install and use SpyHunter 5 successfully.
Step 4: Scan for Trojan.MWZLesson with SpyHunter Anti-Malware Tool
1. Click on the "Download" button to proceed to SpyHunter's download page.
Download
Malware Removal Tool
It is recommended to run a scan before purchasing the full version of the software to make sure that the current version of the malware can be detected by SpyHunter. Click on the corresponding links to check SpyHunter's EULA, Privacy Policy and Threat Assessment Criteria.
2. After you have installed SpyHunter, wait for it to update automatically.

3. After the update process has finished, click on the 'Malware/PC Scan' tab. A new window will appear. Click on 'Start Scan'. 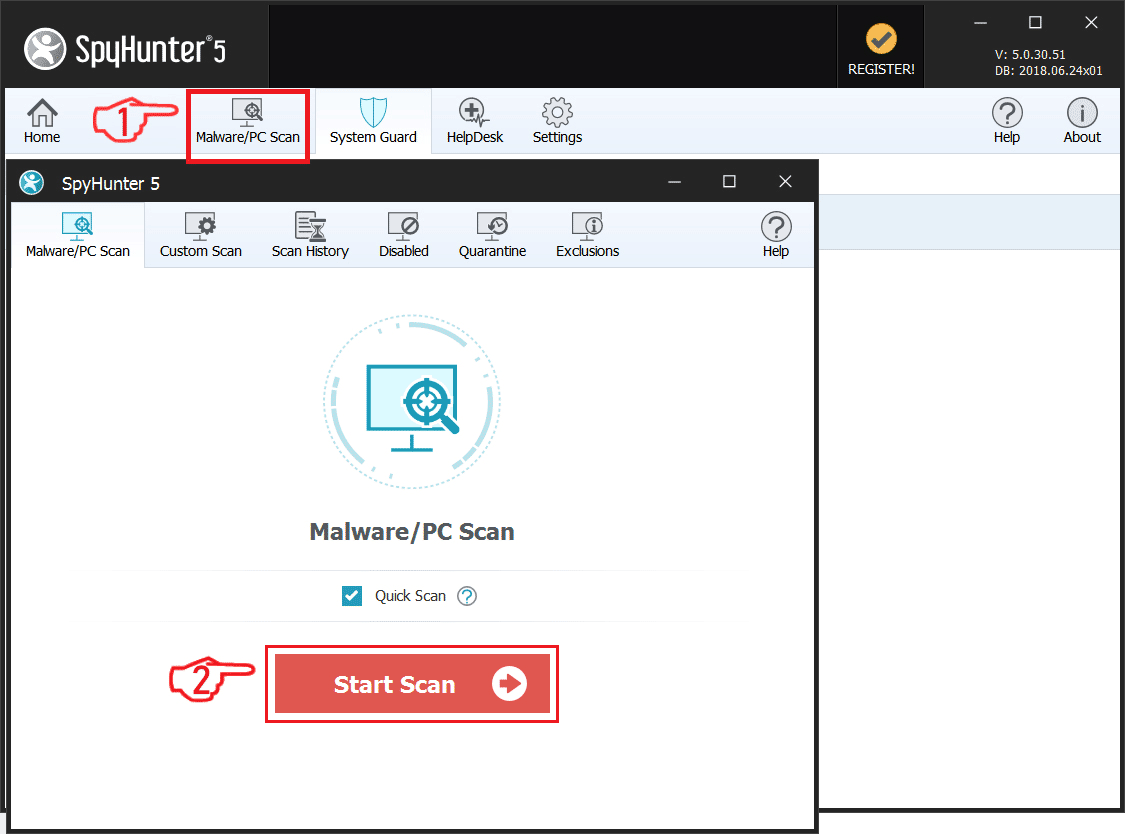 4. After SpyHunter has finished scanning your PC for any files of the associated threat and found them, you can try to get them removed automatically and permanently by clicking on the 'Next' button. 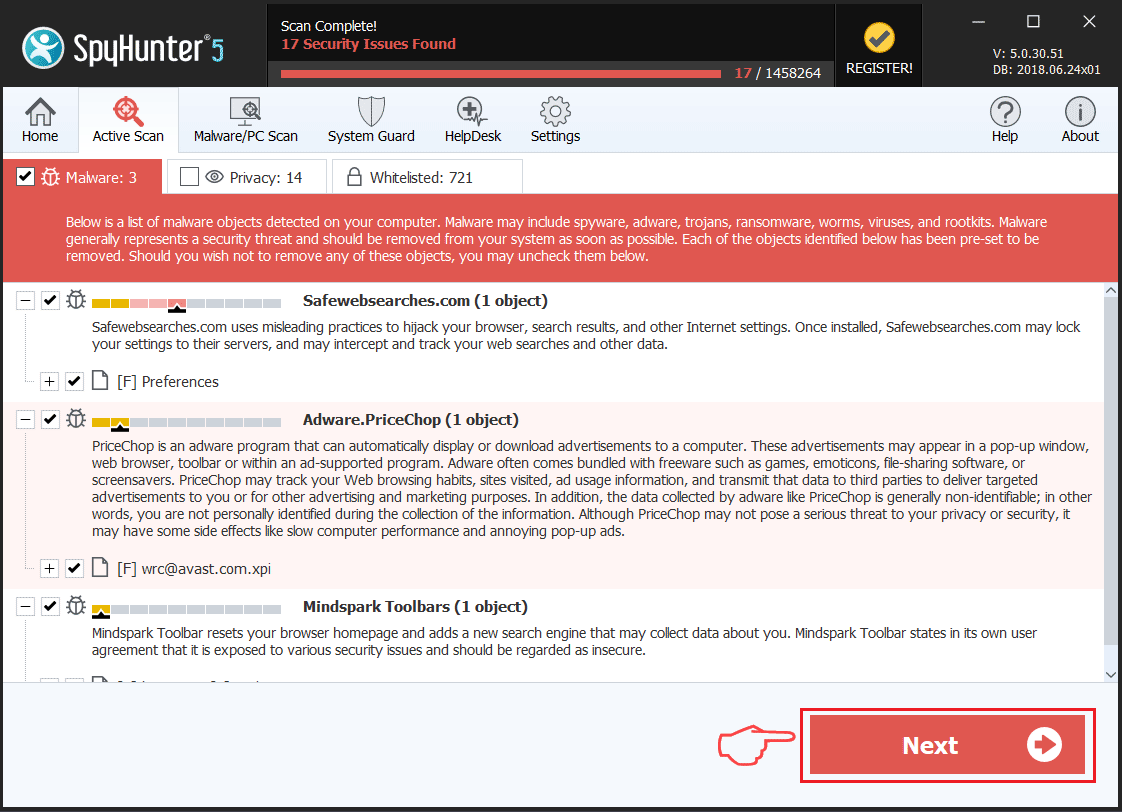 If any threats have been removed, it is highly recommended to restart your PC.

Get rid of Trojan.MWZLesson from Mac OS X.

3. In the Activity Monitor look for any suspicious processes, belonging or related to Trojan.MWZLesson:

4. Click on the "Go" button again, but this time select Applications. Another way is with the ⇧+⌘+A buttons.
5. In the Applications menu, look for any suspicious app or an app with a name, similar or identical to Trojan.MWZLesson. If you find it, right-click on the app and select “Move to Trash”.

6: Select Accounts, after which click on the Login Items preference. Your Mac will then show you a list of items that start automatically when you log in. Look for any suspicious apps identical or similar to Trojan.MWZLesson. Check the app you want to stop from running automatically and then select on the Minus (“-“) icon to hide it.
7: Remove any left-over files that might be related to this threat manually by following the sub-steps below:

In case you cannot remove Trojan.MWZLesson via Step 1 above:

3: Delete all of the virus files that have similar or the same name as Trojan.MWZLesson. If you believe there is no such file, do not delete anything.

Step 2: Scan for and remove malware from your Mac

When you are facing problems on your Mac as a result of unwanted scripts, programs and malware, the recommended way of eliminating the threat is by using an anti-malware program. Combo Cleaner offers advanced security features along with other modules that will improve your Mac’s security and protect it in the future. 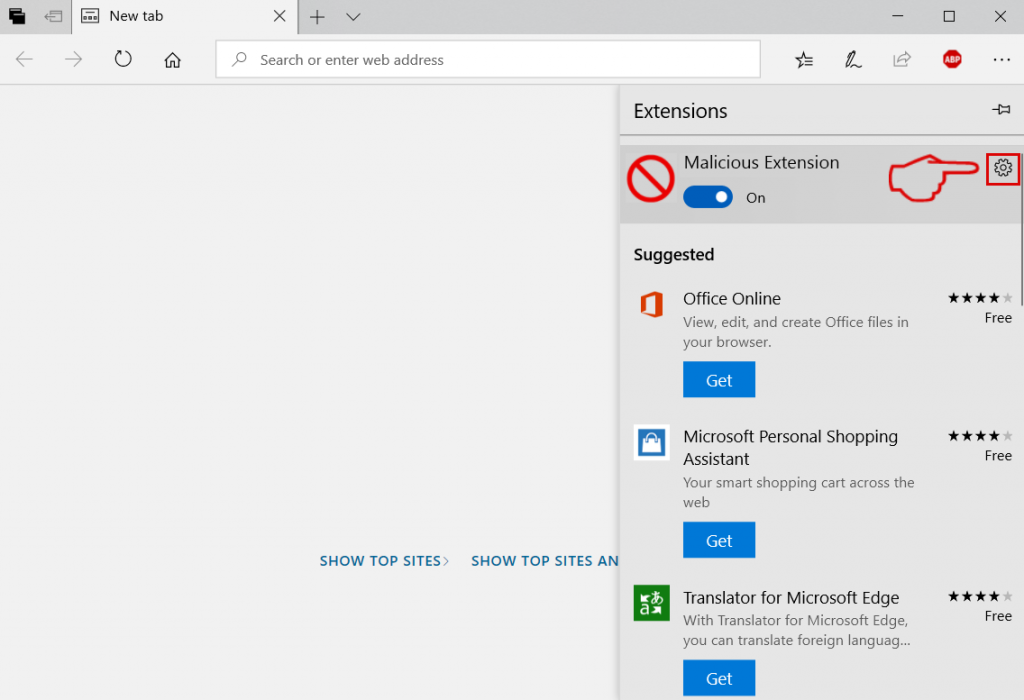 A pop-up window will appear asking for confirmation to uninstall the extension. Select 'Uninstall' again, and the Trojan.MWZLesson will be removed.