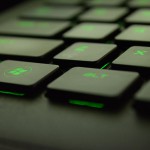 According to the latest annual report by Distil Networks, the number of bad bots has increased sensibly throughout 2015.

Bad bots are used by malicious actors for various purposes:

The persistency aspect is that they [bots] evade detection with tactics like dynamic IP rotation from huge pools of IP addresses, using Tor networks and peer to peer proxies to obfuscate their origins, and distributing attacks over hundreds of thousands of IP addresses.

Who is in danger of bad bot activity? Researchers warn that medium-sized websites with Alexa ranking within 10,001 to 50,000 are mostly prone to APBs. Some statistics on APB’s behavior:

Since bad bots distribute their attacks over thousands of different IP addresses and they often target the DNS address of the victim’s PC, one way to protect your computer is via VPN services such as oVPN. One of the most important features of the software, DNScrypt, is its ability to encrypt DNS traffic and secure package leaking. The feature also protects from MitM attacks, one of the attacks distributed by bad bots.

In addition to an appropriate VPN service, having a powerful anti-malware solution is a classical must.