Demand for Malware In Dark Web Higher than Supply for 2018 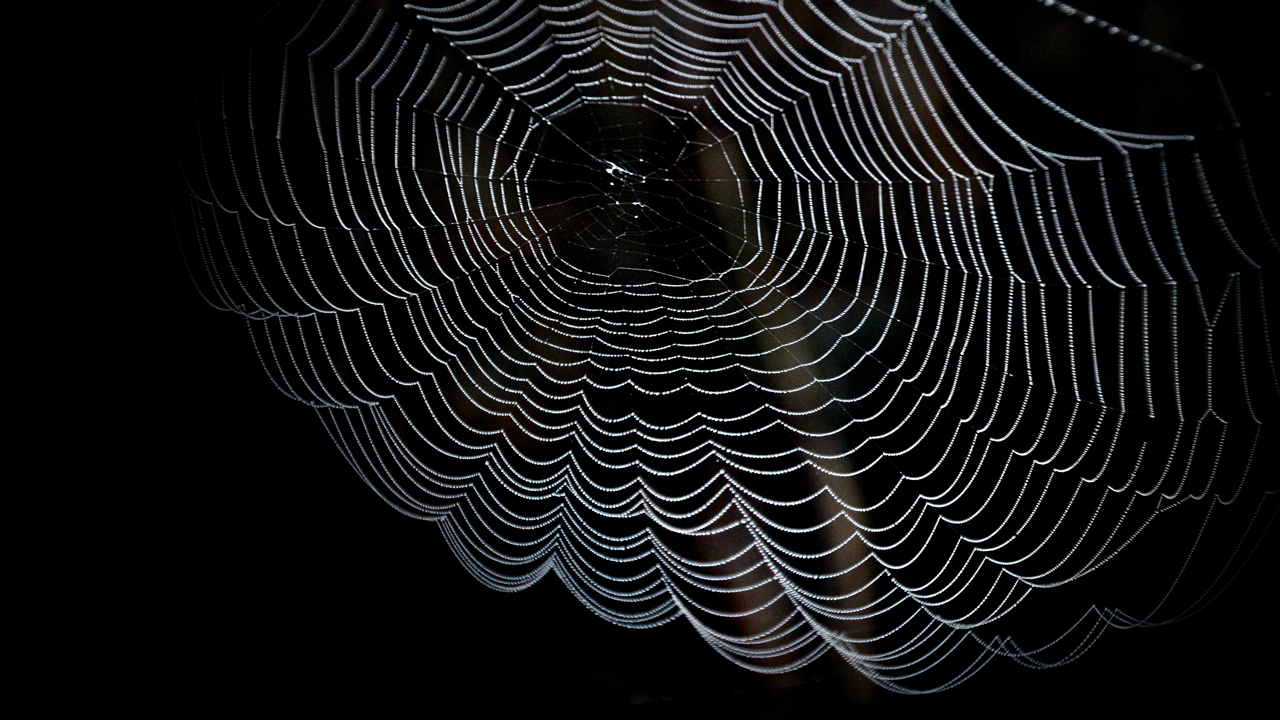 Demand for all types of malware has skyrocketed and keeps growing in the underground cyber-criminal markets and has already surpassed the currently supply, PTSecurity has reported.

In line with the financial losses caused by malware which are increasing steadily, the demand for malware in the Dark Web has also increased, suggesting more development and investment in the cyber-security sector. Recent studies by the company PTSecurity have shown that there is an increase in the number of major incidents involving massive cyber-attacks occurred in Q1, 2018. The 32% rise in detections is compared to the first quarter of 2017 and this is a strong indicator that solutions need to be implemented for both protection and prevention.

Analysis Shows All Types Of Malware Demand on The Rise

In the report focused on the Dark Web, researchers have managed to establish that most malware attacks which have so far occurred were related with the following malware types:

Researchers believe that the fact that these types of infections often tend to work with a tremendous success, this has pushed people to start making profit by leaking the code of different Trojans and infection droppers online. And what is worse, some of the leaks were even made open-source for the public to use. And this whole enterprise according to researchers has evolved in malware that is ready for open use by the so-called “skids” or script kiddies – cyber-criminals with little experience in coding who just want your money or in other words everybody can do it now.

Researchers Encounter A Lot of Company Information for Sale

During the analysis of the deep web, researchers have also established that the besides malware, hakcers have also uploaded a lot of critical credentials for sale, which is extremely alarming, considering the massive use of GDPR enforcement, which has already resulted In several companies, including Facebook to take hits.

The studies have revealed that the crooks want to refrain from developing their own malware, but rather purchase the malware code from third-parties and customize it or become part of partnership groups where the developers take a percentage of the profit from the malware. This simplifies the whole attack process for the cyber-crooks.

The study has also shown that prices can range from something, like a $150 fee, but researchers have also managed to find that some of the advertisements gave the ability to hack sites for $1000.

Most of all, the types of malware which were taking the biggest percentage of availability were Trojans, RATs (Remote Access Trojans), botnet malware, hacking programs, cryptocurrency miner viruses. But the highest demand as we suspected remains to be the biggest bottleneck of an infection operation – it’s distribution. It has become clear that criminals have focused on the successful infection as a service, offering more that 50 categories of both goods and services that can vary from organizing malicious spam campaigns to using malicious obfuscators that conceal the virus file from malware.

Here is more information on the prices on which a wide range of services are offered on the deep web: 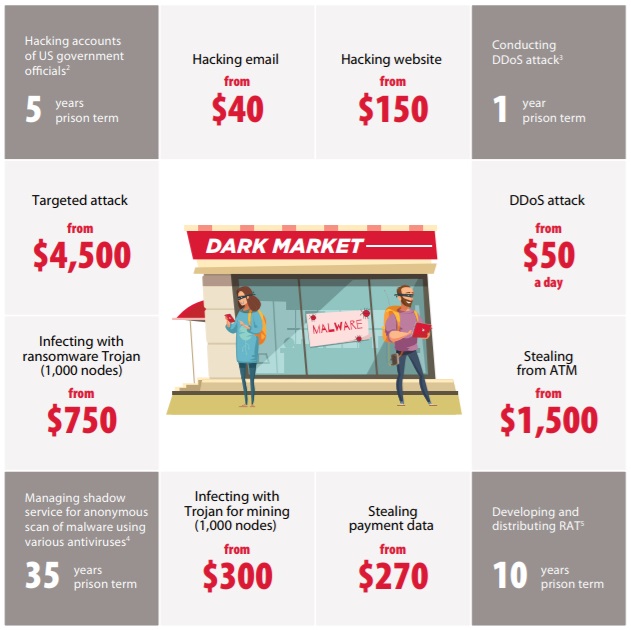 Source: PTSecurity.com’s 2018 report on the Darkweb

In total, researchers can establish 4 main categories of products which are advertised on the deep web:

Among the malware being sold, researchers have established that the most advertised malware right now are cryptominers with 20% of malware advertising, followed b 19% advertising for different tools for hacking. The second places are taken by Botnets and Ransomware viruses plus Trojans.

Researchers have also reported that the attacks have generally been devised by combining products and services from the shadow markets with individuals who are implementing the attack.