Qbit Mac Optimizer – How to Remove It

Qbit Mac Optimizer is the name of an applicaton for Mac that is created by a shady company, well known for making applications that only seem helpful, but in reality cause a lot of headaches. The main idea behind Qbit Mac Optimizer is to help optimize and speedup your Mac. The bad news here is that it wants you to purchase its full version for a lot of money and enroll you into a subscription scheme to generate money to its creators. In reality, the detected errors and optimization issues may only be there to get you to upgrade to the licensed version, so that you can pay. Read this article to learn more about Qbit Mac Optimizer plus how to remove it from your Mac permanently.

Qbit Mac Optimizer – How Did I Get It and What Does It Do?

Qbit Mac Optimizer aims to get into your Mac and gain permissions to modify files and run anytime it wants. The way it could land on your Mac is if you have downloaded it from its site, thinking it is a useful tool that can speedup your Mac:

The tool is advertised as a state of the art technology from a companny that has been in the business for 32 years – something we find to be rather strange:

Either way, when the Qbit Mac Optimizer app is installed on your Mac, it may begin to run automated scans. The outcome of these scans could be to motivate you into removing the issues that seem to cause your Mac to run slow (which may not even be true). However, to remove them, you will have to upgrade to the full version of Qbit Mac Optimizer, which costs a lot of money.

These types of programs are many in variety and most of them look the same. We have detected several seemingly hoax optimizers, like Qbit Mac Optimizer which look very similar to it:

All of these programs seem to operate in the same way, having some shady Privacy Policy practices and always wanting you to get the full version. But there are some suspicions when it comes to their detections being real, which should raise eybrows. This is why, we recommend that you not type your financial information when you are buying those apps and most of all, not to buy their full versions, because you could be enrolled in a subscription scheme. The best reccomendations are to remove such programs, like Qbit Mac Optimizer on sight.

In order to get rid of Qbit Mac Optimizer, we strongly recommend that you follow the step by step removal for Mac. It contains the necessary steps you need to take to delete this software. However, be advised, that programs, like Qbit Mac Optimizer wont go down without a fight. It may leav behind files that can still remain active and do tons of negative activities on your Mac. This is why, the most reccomended way to remove Qbit Mac Optimizer is to fully scan your computer with a reputable cleaner software, that will make sure to delete Qbit Mac Optimizer’s files and objects and make sure they are permanently gone for good.

3. In the Activity Monitor look for any suspicious processes, belonging or related to Qbit Mac Optimizer:

4. Click on the "Go" button again, but this time select Applications. Another way is with the ⇧+⌘+A buttons.
5. In the Applications menu, look for any suspicious app or an app with a name, similar or identical to Qbit Mac Optimizer. If you find it, right-click on the app and select “Move to Trash”.

6. Select Accounts, after which click on the Login Items preference. Your Mac will then show you a list of items that start automatically when you log in. Look for any suspicious apps identical or similar to Qbit Mac Optimizer. Check the app you want to stop from running automatically and then select on the Minus (“-“) icon to hide it.
7. Remove any left-over files that might be related to this threat manually by following the sub-steps below:

In case you cannot remove Qbit Mac Optimizer via Step 1 above:

3. Delete all of the virus files that have similar or the same name as Qbit Mac Optimizer. If you believe there is no such file, do not delete anything.

A pop-up window will appear asking for confirmation to uninstall the extension. Select 'Uninstall' again, and the Qbit Mac Optimizer will be removed.
How to Reset Safari
IMPORTANT: Before resetting Safari make sure you back up all your saved passwords within the browser in case you forget them.
Start Safari and then click on the gear leaver icon.
Click the Reset Safari button and you will reset the browser.
1. Start Google Chrome and open the drop menu

Step 3: Scan for and remove Qbit Mac Optimizer files from your Mac

When you are facing problems on your Mac as a result of unwanted scripts and programs such as Qbit Mac Optimizer, the recommended way of eliminating the threat is by using an anti-malware program. SpyHunter for Mac offers advanced security features along with other modules that will improve your Mac’s security and protect it in the future. 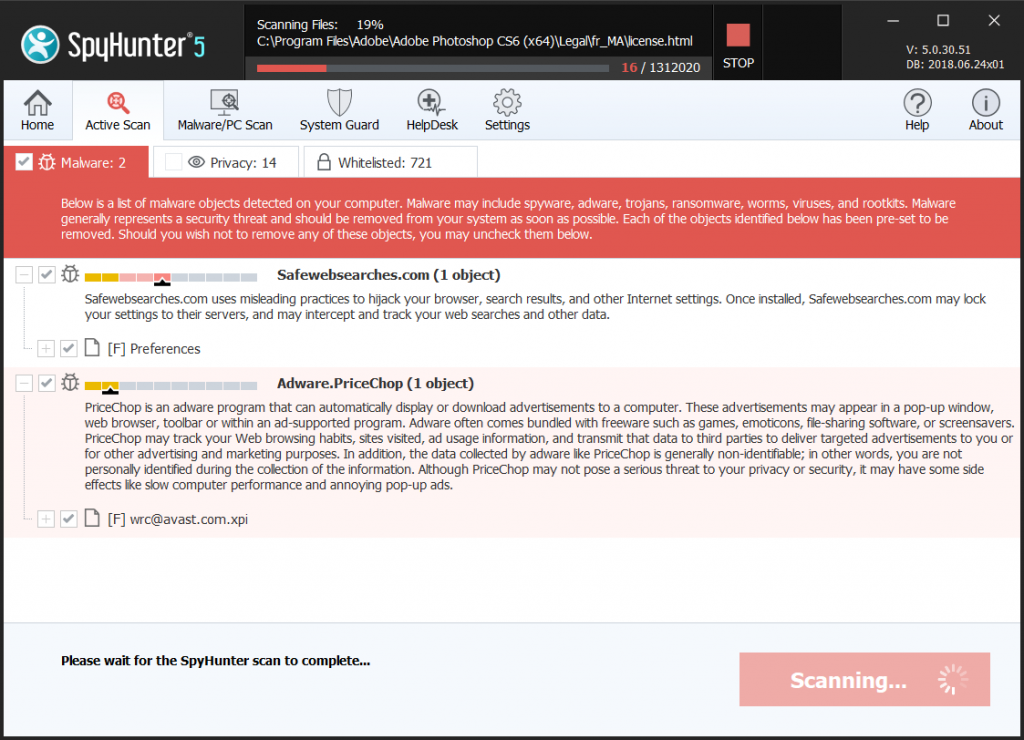