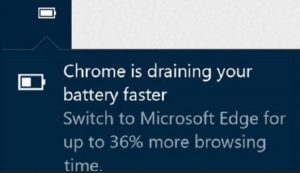 Many malware researchers with extensive experience remember that Microsoft was a huge leader In cyber-security policy, because it made efforts to fix multiple vulnerabilities in it’s code and work with the security community constantly. However, the situation has now changed and a new challenge has been brought to the PC users as well as developers for Windows.

Malware researchers at Kaspersky have reported that ever since Microsoft have decided to update Windows and add new features in it to make it better and easier to use to make it more competitive has resulted in several negative consequences in terms of security.

Many felt concerned over the fact that being the tech giant it is, Microsoft has continued to obtain different companies and extract developers who have been working on various projects to use those projects in their personal products.

Not only this but Microsoft leads fights on multiple fronts as well, using different techniques to be more competitive in the browser markets and office products as well. This aggressive advertising, like telling the Windows user via a pop-up that Chrome is draining his battery faster has gotten many to believe that the company is beginning to lose focus on their own products, which as a result raises some issues.

One issue is the countless vulnerabilities that Microsoft patches and updates which have exhausted security bloggers with the release of Windows 10. Here is what we have only on little of those interesting “KB” fixes:

And this is not the only issue with the operating system. There are many other issues concerning Windows 10, like the numerous errors that users were searching to fix:

Windows 10 – The Most Frequent Errors

What Do You Mean by Interference?

Windows 10 users are also complaining about the latest operating system to change settings all by itself, installing and uninstalling different applications and replacing those applications with software by Microsoft.

The same principle is happening with security software, especially when it comes to third-party AntiVirus and AntiMalware products. When you have Windows 10 upgraded from an older version and you decide to keep all your files, what the operating system does according to Kaspersky is that it deactivates all of the programs that it deems incompatible with it’s latest version, you guessed it, the same version they were so much bragging about begin very compatible. It is true that the applications are not compatible, but the developers who have created their own software were only given couple of days to make their programs Windows 10 ready, which is preposterous. What is worse is that some users even report that any kept and compatible third-party applications were stopped and Windows Defender would automatically turn on alerting the user to turn on his or hers protection.

And how will you know that turning on Windows Defender will disable your antivirus software, well, you guessed it – a very small hover mouse text that says it when you hover over the very attractive “Turn On” protection button.

Not only this, but researchers have also stated that the OS can shut down your antivirus if you forgot to activate it or if you are running a free trial and this trial expires and you switch to a full version. And after activating such third-party antivirus software, they turn on their own antivirus program, Eugene Kaspersky has reported.

This makes the OS less secure primarily, because of the much less features Windows Defender provides in comparison to a purchased third-party antivirus program. Researchers have reported that Microsoft’s built-in antivirus lacks the following crucial features:

This environment is becoming very unhealthy so to speak for developers who work for themselves and want to eat by promoting their own products via Microsoft. The purpose for this is for Microsoft to use it’s own development versions of applications and generate even more revenue based on this strategy.

Many believe that this is an act against the interest not only of devs but of users as well since many users tend to ignore the products of Microsoft and keep using third-party applications, because of the better development quality.

What About the Future?

When it comes to the future many feel uncertain, but Microsoft’s strategy may keep to be the same. Since with the new Windows 10 Anniversary Update which will offer holograms and enhanced 3D support as well as virtual reality features and this can give you a very good idea of what Microsoft is aiming at and it will most likely be against the interests of independent developers. And it is a risky move as well due to the fact that if their software for this once again becomes replaced with third-party analogues their investment in their own applications would be ruined. Also having left Windows Defender with little compatibility with third-party anti-malware products is a perfect opportunity for cyber-criminals as well. But despite these possible future scenarios many feel positive about Windows 10 and it’s development and we expect that most of those compatibility and competitiveness issues get resolved soon.