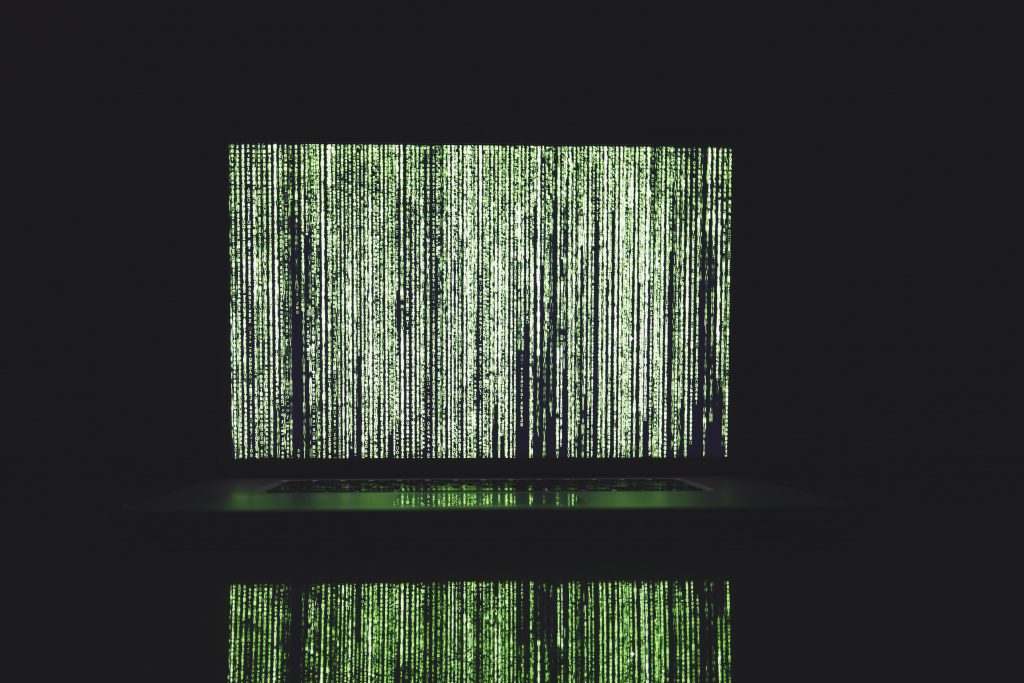 Many of us are aware in one way or another of the nasty nature of online threats, the results of devastating cyberattacks on governments, businesses and you, the private citizen. What most people do not know is that, in the next 10 years, cyberattacks will become exponentially more difficult to prevent and deal with. The aim of this article is to provide you with a broad understanding of the dangerous we are facing today and in the future because of innovative technology. Here are our top 5 cyberattacks that are in their early stages of fabrication and may become more prominent in the future:

1.Artificial Intelligence (AI) Cyberattacks are Not a Fantasy

We are spearing head first into the future with an exponential rate in technological progress and innovation. As artificial intelligence systems become more sophisticated, we are further drawn towards the precipice of more automated and increasingly sophisticated social engineered cyberattacks. Network penetrations, personal data thefts, and spread of intelligent computer viruses are all expected to rise on an epidemic-level with the rise of AI-enabled cyberattacks.

AI will inevitably at some point become crucial in the effort of hackers to increase the attack surface they can target, meaning the number of ways for a hacker to penetrate a system. The increase of AI capability would be gradual, although as we have already seen with games like chess and Go, AI is fast approaching in overtaking humans in many domains and performance factors, with new software now tasked with important human areas of expertise such as investing and even driving.

Currently, the damages caused by cybersecurity system fails can be unpleasant, however, they are nonetheless tolerable and in most cases, manageable with people losing money or other privacy issues. By the same token, on a human-level AI, the consequences can be disastrous. Even the tiniest singular failure of a superintelligent AI (SAI) system could cause an existential risk event on an unprecedented global scale that could affect human wellbeing and welfare. Although the risks may seem theoretical and far-fetched, we are close approaching an era like Asimov’s “I, Robot” novels, some of the greatest minds of our age have collectively warned against the dangers of AI and the potential of it evolving into something no longer bound by human control.

There is a certain binary situation when an SAI safety system fails, cybersecurity is either victorious and blatantly defeated; either you have a safe controlled SAI or you do not, as compared to today’s cybersecurity system fails, where you generally get another chance the fix it or at least improve it in the future. The goal of cybersecurity is to reduce the number of successful cyberattacks on a system; the goal of SAI safety on the other hand is to guarantee that no attacks are successful in penetrating the safety mechanisms put in place. With the rise of intelligent computer interfaces, it will increasingly draw itself out as a target for hackers both human and AI-enabled. Intelligent computer interfaces are not all that novel and futuristic, they are already being used in medical devices and gaming. If successful, such cyberattacks can not only compromise critical information such as social security numbers or bank account details but also our deepest dreams, desires and even our deepest secrets. The potential to create new dangers for personal privacy, equal opportunity, free speech and any number of human rights is already here, lurking in the shadows of AI.

Many businesses are advised to persistently familiarize themselves with newly developed and cutting edge AI technology as well as safety and security research, which ironically, at the moment it is similar to the state of cybersecurity in the 1990s, especially with our lack of security for the Internet of Things.

There is not any concrete definition as to what the Internet of Things is, however, it can be generally categorized as the interconnection via the Internet of computing devices embedded in everyday objects, enabling them to send and receive data. Security experts have known for quite some time that cutting off communications during periods of conflict or crisis will inevitably impede first responder’s situational awareness, aggravate suffering and pain as well as potentially increase the loss of life. With an ever-connected and globalised world, large scale cyberattacks in communications or electrical grids causing power outages can be exploited by hackers in a terrorist or natural crisis event. Effectively, such cyberattacks on vital public institutions can categorized as the modern Pearl Harbour, potentially consisting of multiple stages of attack – physical attack with a follow up of a cyberattack component targeting communications systems, power grids, contaminated water supply and therefore making it increasingly harder to utilize an adequate first response and minimize damages on the side of the authorities.

Cities around the world tend to use supervisory control and data acquisition (SCADA) systems to manage water, sewage, traffic lights and electricity. Researchers have discovered that these systems suffer from 25 different security vulnerabilities. It is also not unusual for them to have the same security passwords that came directly with the manufacturer. Hence, the failure to take even basic security precautions could leave cybersecurity systems wide open to remote hacking.

Traditional terrorism could evolve into something much more sinister and unprecedented. It is not hard to conjure up the potency of such acts of terror in addition with an effective outage in communications and the inability for emergency services doing their job adequately and effectively. Although it may seem far-fetched and something out of an action-movie, the signs of such potentialities are already here as we can see in this bulletin issued in 2013 by public safety organizations asking for assistance in cracking a Telephone Denial-of-Service (TDOS) attack against 911 systems.

Basic forms of transportation are not the only forms under real threat of cyberattacks, the perilous aviation history is increasingly being linked to such threats. Like water, aviation terror threats tend to take the path that offers least resistance. It comes as no surprise from multiple reports and analysis that the aviation sector is vulnerable to cyberattacks using in-flight entertainment to change information on on-board screens such as altitude and location, control the cabin lighting and hack into the announcements systems.

Hackers could also attack your critical healthcare devices. Imagine someone having to wear an implantable healthcare device such as a defibrillator to maintain critical life support. Furthermore, imagine that device being hacked into and your life held for ransom. Cyber-ransom is the fastest growing motive and technique in newly devised cyberattacks. If you are unfamiliar with the risks of such healthcare devices, the U.S. Government has issued warning in this aspect. The FDA’s Advice to Medical Device Manufacturers, and a summary of FBI & DHS alerts on Internet of Things and these warnings on Cyber-Ransoming could be used for further reference on the issue.

There are various factors that motivate hackers to do what they do best, hacking. In 2015, Anonymous targeted ISIS and the Ku Klux Klan. Today organizations must realize that financial gain is no longer the only objective of hackers nor is the biggest driver in decision making when malicious activities are executed.

While Anonymous as a highly popular group both on the web and around the world might attack their victims under the pretence of a just cause, lone hackers are somewhat more difficult to have their intentions deciphered, leaving them as a rather big threat to cybersecurity. The hackers who attacked Ashley Madison and Vtech both claimed they were simply exposing vulnerabilities and poor security protocols.

The McAfee Labs Report argues that hackers both nowadays and in the future, will not need advanced skills or lots of money to cause havoc, calling modern hacktivism “nothing more than a case of copy and paste.” What this means is that anyone with a grudge and moderate computer skills could take up and operate under the pretence of “hacktivism” potentially causing the next big security breach with intent of malicious damage as opposed to just exposing cybersecurity flaws.

With “Hacktivism” on the rise, the government is bound to interfere sooner or later. It is a fact that international cyber threats are increasing and cyber warfare tactics are being devised and facilitated against America’s by its enemies – ISIS, North Korea, Iran – the pressure to do something is mounting and will most certainly be used as a prominent factor in the next U.S. election campaign, with an ongoing investigation into alleged Russian cyber-interference influencing the result in last year’s presidential election.

The government will most certainly feel the pressure to prevent cyberattacks, but it will also need to find ways to help the millions of victims of security breaches in cases of hacktivism – some who in the first case never even learn that their information was exposed.

5.Even Apple is at Risk of Cyberattacks

A popular misconception many assume is that Apple products are safer from cyberattacks than say Windows and Android products. However, as Apple continues to grow in popularity so does its market share – it currently owns 14.7% of the smartphone share and around 6.8% of the PC market share. Essentially this attracts a lot of visibility which could lead to Apple and iOS becoming more and more exposed to cybersecurity threats in the future.

“A rising number of threat actors have begun developing specific malware designed to infect devices running Mac OS X or iOS,” stated Symantec on their website a while back in 2015 showing a steady pace being picked up in malware being devised for Apple products, having spiked up recently as well.

Should Apple’s popularity continue to grow and acquire more of the market share, it is more than likely that these trends will continue in the years ahead. Apple users should not be complacent, a healthy approach to this issue would be for them to change their perception of Apple products being ‘free from malware’ and acknowledge the growing trends in malware being devised for their products.

Of course, there are steps that people can take to protect their products as well as their information. From always updating your software to coming up with strong secure password.

No matter what operating system you are running, always make sure that it is fully protected against cyber threats.